In shades of the Nuremberg Trials, an April 12 article from the Associated Press seems to excuse away the actions of the assistants of accused criminal abortionist Kermit Gosnell as “only following orders.”

For the AP, Maryclaire Dale begins her piece[1] with that very sentiment saying, “They say they were just doing what the boss trained them to do.”

Incredibly, throughout the article, Dale seems to absolve these assistants for the horrible things they did, softening the guilt of nearly every person accused of crimes with excuses.

In some cases, Dale claims that these accused assistants had a hard time finding jobs before Gosnell gave them a shot at killing babies born alive. According to Dale, one had to work for Gosnell because she had “post-traumatic stress syndrome.” Dale excuses others because they were somehow related tangentially to fiendish Doctor Gosnell.

For another, Dale seems to mitigate the admissions of an assistant who pleaded guilty for administering the drugs that killed a woman from Bhutan because she was “confused” when she admitted to her crimes. 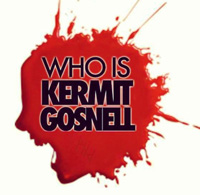 After her Nuremburg-like opening sentence, Dale then says, “But eight former employees of a run-down West Philadelphia abortion clinic now face prison time for the work they did for Dr. Kermit Gosnell.”

“Work”? That is a pretty benign word to use for the actions of people that murdered patients!

Next, Dale seems to have sympathy for these assistants because they were “untrained” and had to work “long, chaotic days” and only “for little more than minimum wage.” And why did they do all this? Dale explains it away saying, “But for most, it was the best job they could find.”

So, no one should expect these people to have had any moral qualms about murdering babies and patients both all because they had a hard time finding work otherwise?

Dale tries to raise sympathy for another accused assistant because she was “angry” that Gosnell wasn’t helping her get her medical license back after she had had a nervous breakdown.

But even in Dale’s piece, the crimes these assistants are accused of ring out like a clap of thunder to Dale’s meek excuses.

All of these assistants perpetrated these actions knowing full well that they were breaking the law and all of Dale’s excuse making doesn’t paper over their culpability for those crimes.