The Associated Press is pushing a photo of Ted Cruz that shows a gun pointed at the Senator’s face but insists that the photo isn’t meant as an attack on Cruz. 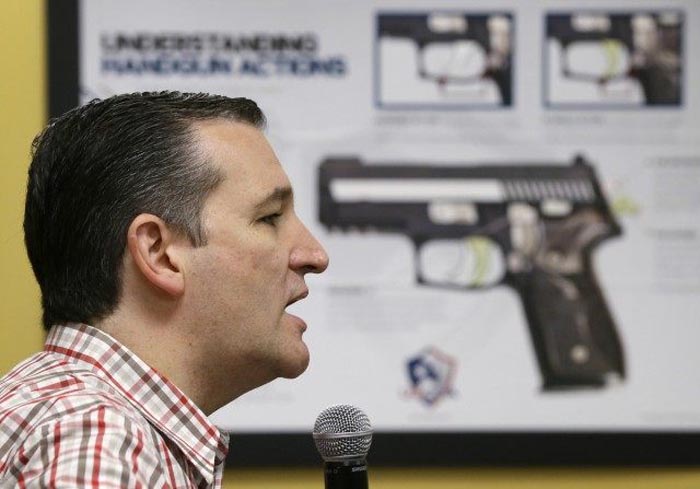 The photo above is a cropped photo that the AP has been using today for stories about Ted Cruz.

Here is the full version… 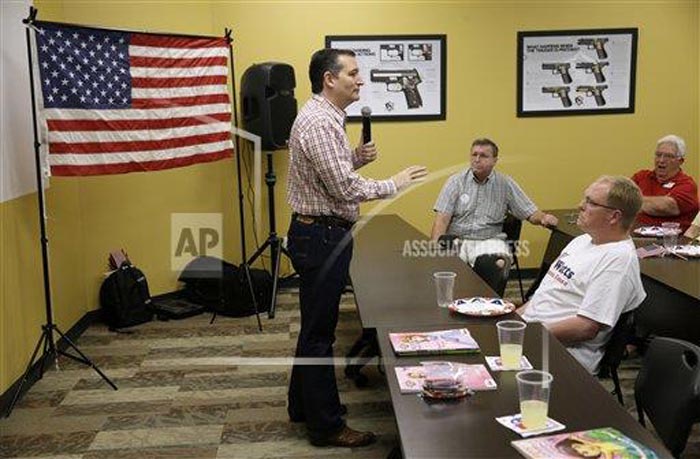 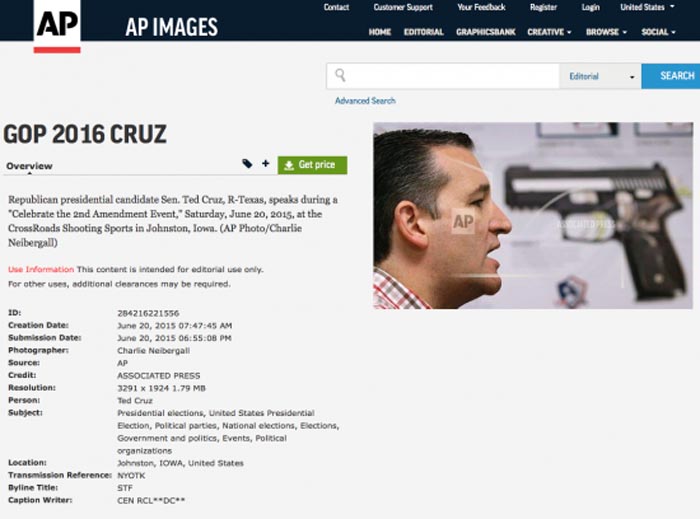 As Breitbart[1] notes, it is stretching credulity that the AP would ever use a photo like this for anyone but Cruz.

Still, imagine a similar situation–a U.S. Senator campaigning for President–and instead of a pro-2nd Amendment event, it’s a pro-gun control event. Imagine this Senator is standing in front of a giant poster of a pistol–one meant to demonize the weapon rather than promote it.

Imagine that this same AP photographer, instead of shifting a foot to the left or the right, framed a picture with the Senator’s nose almost touching the barrel, as a closer crop makes clear.

Imagine that this photographer, even though he took a few shots with this silly setup, took many more without it. Imagine that his editor–unnamed and insulated from public backlash–chose not one but two but three of those photos to distribute to AP’s clients.

The AP has since come out to say that the photo isn’t intended as a political commentary on Ted Cruz.

AP on Cruz photos: “The images were not intended to portray Sen. Cruz in a negative light” pic.twitter.com/ZYrtHtWz4F[2]

Do you believe them?

Looks like AP has memory holed the photo. It has now disappeared[4] from the AP wire service.