Americans are people who will fight to preserve, protect and defend the United States of America envisioned by its Founding Fathers. : Emerging from the Tea Party are Patriotic Americans ready to lead a return to American principles and values.

The political establishment ignores these new leaders at their own peril.

From 2000 to 2006, a Republican legislative majority and a Republican president abandoned traditional American values and practiced spending habits that were indistinguishable from those of “progressive” Democrats. They did not demonstrate the fiscal responsibility and discipline that had traditionally distinguished Conservative Republicans from “progressive” Democrats. As a result, the size and scope of government, “entitlement” programs, debt and deficits all grew by unacceptable amounts. : This opened the door for the “progressive” Democratic Party to seize power by running a political campaign based on lies about how they would practice fiscal responsibility and financial discipline. : After seizing unobstructed power, “progressive” Democrats, including the current White House occupier, set about adding $5 trillion to America’s national debt in less than four years.

This is not the path to economic growth and stability. : No nation can borrow and spend its way to prosperity. : After having been so betrayed by both political Parties, Americans are now awake to this stark reality.

This lack of anchorage to American values, this blindness to the true purpose of America’s mission has produced baleful results.

The way for Americans to separate themselves from the tax and spend policies of “progressive” big government is a return to fiscal responsibility and financial discipline.:  In order to succeed, Americans must be united in that endeavor.

A winning coalition will include both economically and socially Conservative Americans. Neither agenda can be successfully pursued without the 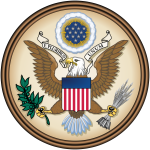 [2]other; they fit hand in glove.:  This is because the government’s power is derived from the consent of the governed, whose rights are God given.

The Tea Party proves that across America, a huge natural constituency exists for the bread-and-butter American issues of lower taxes, reduced government, a strong national defense, secure borders and a return to the traditional American values of: E Pluribus Unum, Liberty and in God we trust.

E Pluribus Unum means from many, one. It does not mean unquestioning acquiescence to multiculturalism and diversity.:  Liberty means opportunity for all, not equality of results. : In God we trust means reliance upon the Creator of all things.:  It does not mean passive acceptance of secularism, atheism or submissive surrender to “progressive” statist mandates.

The time has come.:  Whether they asked for it or not, this is the time for all Americans to stand up and defend their country.

There can be no substitute for Liberty. The Constitution was designed to defend that Liberty. It is imperative that the shredding of this document by big government “progressives” be stopped. It is inherent upon Patriotic Americans to stand up and remind “progressives” that government’s power is derived from the consent of the people. 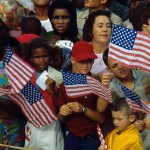 [3]sioned middle of the road swing voters disappointed by the “progressive” government’s failure to successfully respond to the economic crisis and college graduates who voted for hope and change who are now dissatisfied by the prospect of not finding a job are ready for viable solutions to an economic catastrophe brought about by “progressive” big government spending.

Americans must set aside whatever differences they have and unite behind the goal they share: Economic prosperity.

Republicans, Democrats, Libertarians, Independents, even those not yet registered must join in the fight to defend the Constitution, revive the private sector free market economy and protect the American way of life.

America, stand up for your God given rights! Let no mortal take them from you.

The question remains: Are Americans ready to put aside their egos and personal agendas in order to secure the Blessings of Liberty for themselves and their posterity?