Arizona Sheriff Calls Obama Out, Says ‘Our Borders Are Not More Secure Than Ever’

Obama has insisted that under his regime the US border with Mexico is “more secure than ever.” There isn’t s soul with a lick of sense who believes that wild, outrageous claim. One man not putting up with Obama’s BS is Pinal County, Ariz., Sheriff Paul Babeu. 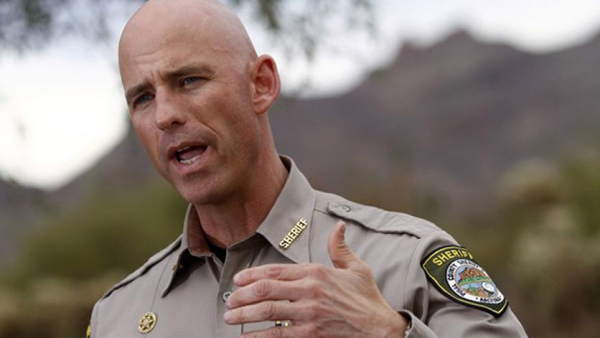 Babeu, America’s 2011 “Sheriff of the Year” and an Iraq War veteran, testified before the committee that between 88,000 and 123,000 illegal aliens are apprehended at the Tucson Sector, one of nine border-patrol zones along the U.S.-Mexico border, each year. The Tucson Sector covers most of the state of Arizona from the New Mexico state line to the Yuma County line — a total of 262 border miles.

Between 17 and 30 percent of those apprehended have a criminal record in the U.S. “This clearly shows that the border is not more secure than ever,” Babeu said.

He also detailed how 30 to 50 illegal alien criminals are released into Pinal County every day. “These are the people that everybody, including the president, said are the bad actors,” he said. Many of those released have criminal records that include rape, manslaughter, child molestation, financial crimes, armed robbery, and assault against law enforcement.

“Obama” and “truth” are two words that don’t go together.