Army Sgt. Has Perfect Message for Thugs Rioting in Baltimore

As the thugs, punks and criminals continue to destroy their own city over perceived police brutality, one Army sergeant has the perfect message for them. 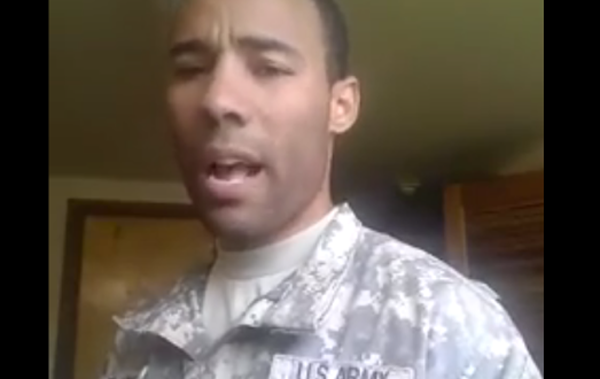 Sergeant Marcus Rogers posted a video to his Facebook page[1].

If Martin Luther King were here, a real civil rights leader … he would be disappointed in what you guys are doing. First of all, it’s hypocritical; you pick and choose when you want to stand up for what’s right:

We need [to be] looking in the mirror, keeping it real, stop making excuses, stop trying to blame everybody else. Let’s fix ourselves first.

But it seems that the Sgt. took down his video because he recorded it in uniform and he became afraid the Army would punish him for being in uniform in the video.