As Media Scolds America on Race, Less Than 5% of Reporters are Black

Even as they dare scold the rest of America over it’s “racism,” less than 5 percent of the media is made up of black reporters! 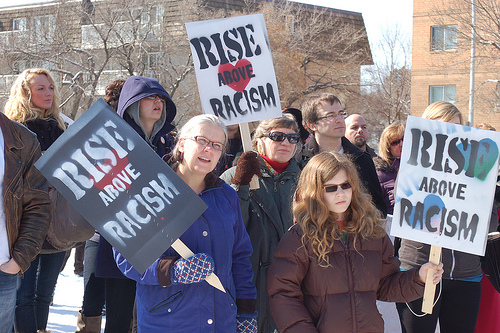 If you were to listen only to the nation’s old media establishment you’d think that they are the arbiters of race in America today, you’d think that that they know how to fix the “endemic racism” infesting our country. Yet, reality proves that the media is more “racist” than the rest of America, at least if you measure racism by “balance” in minority versus majority in the old media’s pool of employees[1].

The nation’s newspapers, including many that for years decried the lack of black representation in Congress, on Wall Street and in corporate boardrooms, have not increased the percentage of African-Americans in newsrooms above 1968 levels — and may have even cut the numbers.

According to a report on the Columbia Journalism Review and census data from the American Society of News Editors, blacks in newsrooms represent 4.78 percent of the staff. In 1968, the year of race riots following the assassination of Rev. Martin Luther King Jr., LBJ’s National Advisory Commission on Civil Disorders put the number of blacks in newsrooms at “less than 5 percent.”

CJR’s Alex T. Williams said the numbers are higher when all minorities are included, according the ASNE survey, but still a tiny 13.34 percent.

“The percentage of minorities employed in daily newspapers (the ASNE looks at black, Hispanic, Asian American, Native American, and multiracial populations) has increased from 3.95 percent in 1978, when the ASNE began conducting the census, to 13.34 percent in 2014. The Radio Television Digital News Association estimates that in 2014, minorities made up 13 percent of journalists in radio and 22.4 percent of journalists in television,” wrote Williams.

And yet, minorities make up 37.4 percent of America’s population. So, where is the media giving blacks and other minorities a job like they claim everyone else should be doing?

Once again we see hypocrite liberals railing against everyone else but refusing to follow their own advice.