Baltimore Orioles Cancel One Game Schedules Another to be Played in Closed Stadium, No Fans Allowed

No fans allowed, that is how the Baltimore Orioles will play its next scheduled game in the riot-torn city. 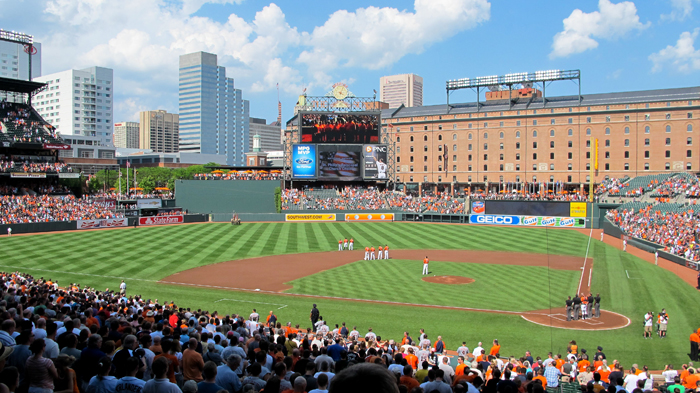 With the city burning down around Camden Field, the Baltimore Orioles have had to cancel at least one game and the next one will be held behind closed doors in an empty stadium[1].

After a pair of postponements caused by rioting in Baltimore, the Orioles and Chicago White Sox will play Wednesday at Camden Yards in what is believed to be the first game without fans in Major League Baseball’s history.

Because of the unsettled environment in Baltimore, where rioters burned a drug store and set police cars ablaze on Monday night, officials moved the game up five hours from its original 7:05 p.m. starting time and closed it to the public

“It’s all about what’s best for the city and the safety of our people,” Orioles manager Buck Showalter said in a telephone interview with The Associated Press. “The last thing you want to do is put the fans in harm’s way. You have to err on the side of safety.”

Schools were closed Tuesday and the mayor imposed a 10 p.m.-to-5 a.m. curfew. The announcement of the unique closed-doors game came late Tuesday afternoon, after the Orioles postponed games against Chicago on Monday and Tuesday.

The Baseball Hall of Fame and John Thorn, MLB’s official historian, said they did not think there ever had been a closed-doors big league game, although there have been instances in the minor leagues.

Here is a strange situation, eh?