Remember during the riots in Baltimore last month when the city’s mayor said that she had worked hard to make sure that rioters could have the “space to destroy” things if they wanted to? Well, now we find that same official is working with an Islamist group linked to terrorism. 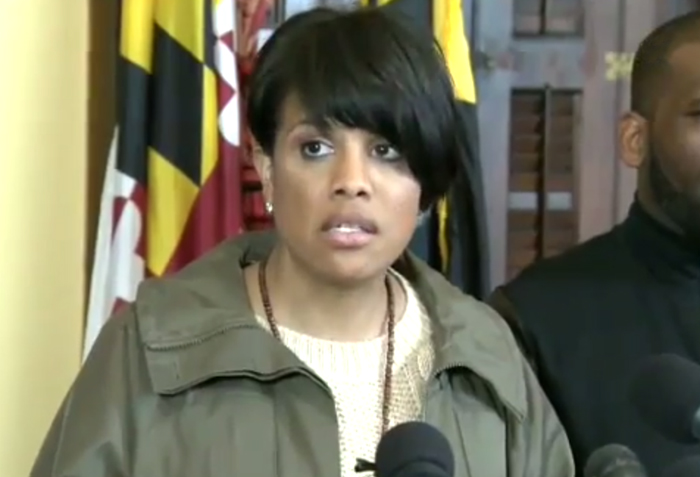 It appears that Baltimore Mayor Stephanie Rawlings-Blake is working with an Islamist “charity” group[1] and importing Islamist families into the city.

Islamic Relief USA is helping immigrants and refugees to find promising opportunities as instruments of economic and community growth in Baltimore.

Baltimore Mayor Stephanie Rawlins-Blake recognized the successes of this program at a local film screening this past Wednesday. She congratulated prospective home buyers and urged non-profits to continue supporting this work.

In Next City’s film “Building Resilience in Baltimore through Immigration,” immigrants are portrayed as key actors in societal change.

Sheikh Omar Shahin identified himself as IRUSA’s Public Relations Director in 2010 and a bio stated he held the position in 2007.

Shahin raised money for the Holy Land Foundation and also held a position with KindHearts, both charities shut down for funding Hamas. He also hosted events by the Islamic Association for Palestine, a Hamas-tied group that is now defunct.

In 2002, Shahin preached: “Prophet Mohammed peace be upon him said: ‘You will keep on fighting with the Jews until the fight reaches the east of Jordan river then the stones and trees will say: oh Muslim, oh (servant) slaves of Allah, there is a Jew behind me; come and kill him…’”

What are we doing importing more and more Muslims into this country? Without a doubt many are certainly peaceful. But also without a doubt, since there is no screening at all, we are importing the ideals of Islamist terrorism by bringing in so many hundreds of thousands of people who come from cultures that have announced that they hate us and are our enemy.

Why are we doing this?