Big Hillary Donors Got Lucrative Weapons Contracts from Feds When Hillary was Sec. of State

Once more we see that Hillary was selling influence and giving favors to anyone who would give her and Bill millions in “donations” with this story showing that big donors to the Clinton foundation just coincidentally received lucrative weapons contracts from the federal government after donating to the Clintons. 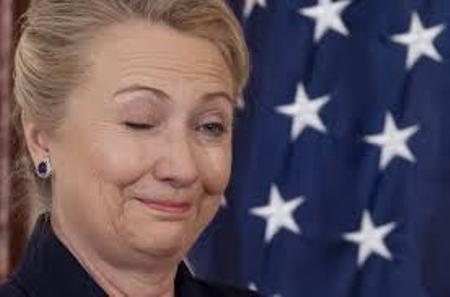 Hillary and Bill are the most corrupt couple in American history[1].

Even by the standards of arms deals between the United States and Saudi Arabia, this one was enormous. A consortium of American defense contractors led by Boeing would deliver $29 billion worth of advanced fighter jets to the United States’ oil-rich ally in the Middle East.

Israeli officials were agitated, reportedly complaining to the Obama administration that this substantial enhancement to Saudi air power risked disrupting the region’s fragile balance of power. The deal appeared to collide with the State Department’s documented concerns about the repressive policies of the Saudi royal family.

But now, in late 2011, Hillary Clinton’s State Department was formally clearing the sale, asserting that it was in the national interest. At a press conference in Washington to announce the department’s approval, an assistant secretary of state, Andrew Shapiro, declared that the deal had been “a top priority” for Clinton personally. Shapiro, a longtime aide to Clinton since her Senate days, added that the “U.S. Air Force and U.S. Army have excellent relationships in Saudi Arabia.”

These were not the only relationships bridging leaders of the two nations. In the years before Hillary Clinton became secretary of state, the Kingdom of Saudi Arabia contributed at least $10 million to the Clinton Foundation, the philanthropic enterprise she has overseen with her husband, former president Bill Clinton. Just two months before the deal was finalized, Boeing — the defense contractor that manufactures one of the fighter jets the Saudis were especially keen to acquire, the F-15 — contributed $900,000 to the Clinton Foundation, according to a company press release.

The Saudi deal was one of dozens of arms sales approved by Hillary Clinton’s State Department that placed weapons in the hands of governments that had also donated money to the Clinton family philanthropic empire, an International Business Times investigation has found.

The deal was this: give Bill and Hillary millions, then apply for special treatment to the Dept. of State, and, voila, get a lucrative government contract.

So, what about to so-called anti-war crowd? Will they attack Hillary over her cash for arms deals? Yeah. Crickets.