There are very few Democrats[1] I care for personally and fewer still I ever agree with or respect. I respect Alan Dershowitz, who is a renowned attorney and a leftist. I rarely agree with him, but there are those rare times that I do. And I consider him a man who stands on his principles no matter what. Dershowitz has firmly declared that if Rep. Keith Ellison is chosen to lead the Democrat Party, that after 60 years of belonging to his party, he will leave it and no longer contribute to it. He will also encourage others to leave. He’ll still probably vote Democrat, but will not associate with the party. Why? Because Keith Ellison is a Muslim anti-Semite and hearts Louis Farrakhan of the Nation of Islam.

Bernie Sanders has been pushing Ellison to lead the party and every day it looks more likely he will get the nod. Ellison is also a Marxist and will take the Democrat Party wildly to the left if elected head of the DNC. Dershowitz is Jewish and cannot abide the rhetoric and Jew-hatred from Ellison and Farrakhan. The racism from those two is historic. Dershowitz was blunt: “Ellison has publicly stated that he was unaware of Farrakhan’s anti-Semitism. That is not a credible statement. Everyone was aware of Farrakhan’s anti-Semitism. Farrakhan did not try to hide it. Indeed, he proclaimed it on every occasion. Ellison is either lying or he willfully blinded himself to what was obvious to everyone else. Neither of these qualities makes him suitable to be the next chairman of the DNC.” Gee, sounds like Obama and the Reverend Jeremiah Wright, doesn’t it? 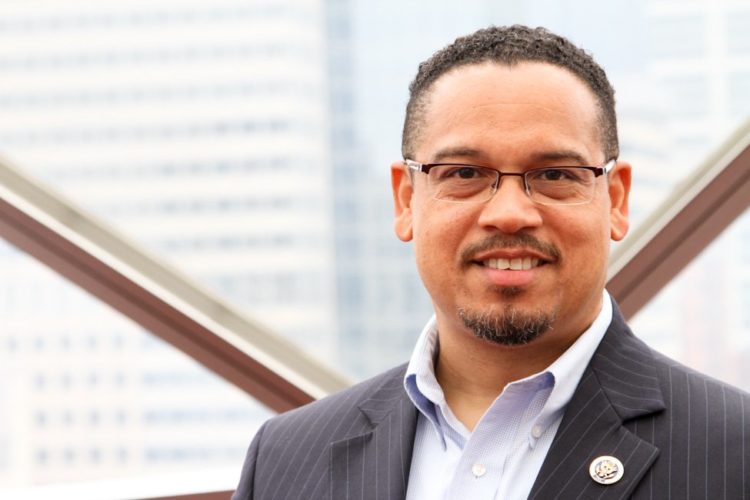 There has been powerful push from the hard-left of the Democratic Party, led by Sen. Bernie Sanders (I-Vt.), to elect Rep. Keith Ellison (D-Minn.) chairman. If he is elected, I will quit the party after 60 years of loyal association and voting. I will become an independent, continuing to vote for the best candidates, most of whom, I assume, will still be Democrats. But I will not contribute to the DNC or support it as an institution.

Ellison has a long history of sordid association with anti-Semitism. He worked with and repeatedly defended one of a handful of the most notorious and public anti-Semites in our country: The Reverend Louis Farrakhan. And worked with Farrakhan at the very time this anti-Semite was publicly describing Judaism as a “gutter religion” and insisting that the Jews were a primary force in the African slave trade.

The left has done everything they can to smear President Trump as anti-Semitic… when he has a daughter who is a converted Jew and a Jewish son-in-law. Bibi Netanyahu loves President Trump and so does Israel. If you really want to see intolerance, look to the left. They are full of it. They point to white nationalist Richard Spencer, who was kicked out of CPAC. The Dems are getting ready to elect an anti-Semite to lead them and they all know it.

While the Democrats outwardly hate Israel and do all they can to bolster terrorists such as ISIS, President Trump has had the Pentagon drop the title ISIL in favor of ISIS. ISIL is a term that delegitimizes our ally Israel in the region. When bomb threats evacuated Jewish centers across the nation, President Trump was there supporting Jewish leaders. Vice-President Pence quietly paid a visit to a recently vandalized Jewish cemetery to assist with the clean-up. It is clear here who supports Jews and Israel and who does not.

I don’t blame Dershowitz for saying he will walk over this. He should. He will become an Independent if Ellison leads the DNC. Party leaders[4] and delegates have convened in Atalanta this weekend to officially select the next chairperson of the party after Rep. Debbie Wasserman Schultz (D-FL) resigned last summer amid a scandal over Democratic Party leaders favoring Hillary Clinton over Sen. Bernie Sanders (VT) during the 2016 Democratic presidential primaries. I predict that if Ellison is chosen, it will all but end the Democrats. 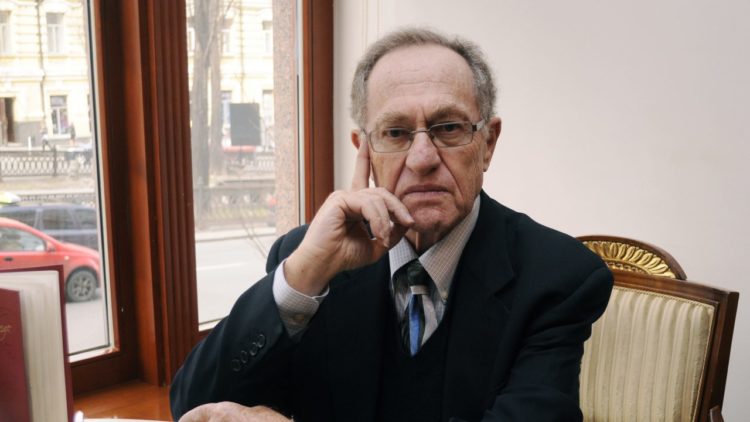