An African American reverend and the president of the Georgia chapter of the Southern Christian Leadership Conference (SCLC)–a group founded on non-violence by Martin Luther King, Jr.–is now saying that African Americans should take up arms against police. 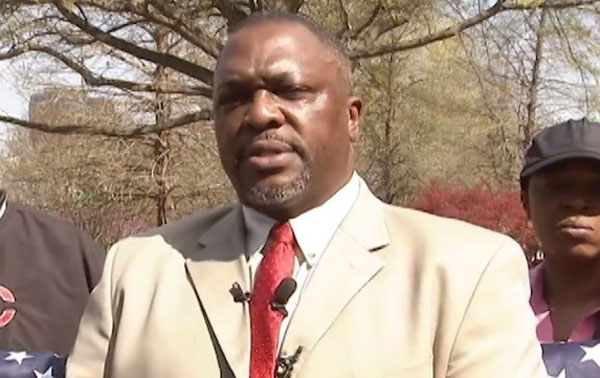 “You know, the SCLC stands for nonviolence,” said Rev. Mosteller, “but nonviolence hasn’t worked in this instance.”

The SCLC doesn’t just stand for nonviolence. It has carried the flag for it since the 1950s and Dr. King. But following the local deaths of Anthony Hill and Nicholas Thomas, Rev. Mosteller spoke otherwise:

“I am going to have to advocate, at this point, that all African-Americans advocate their 2nd Amendment rights,” Rev. Mosteller said.

The reverend later went on to try and re-parse his own words by claiming he didn’t mean that blacks should start shooting police on sight, but his inference was pretty clear despite his back peddling.

So, what do you think? Are the police out of control and need to be confronted with an armed citizenry? Or is the good reverend acting outrageously? Tell us your thoughts in the comments.