Now that’s Marxist wealth-redistributionist in-your-face honesty[1] for you! It’s also blatantly racist. And this is the kind of asshat teaching at our universities. Peachy. I’m sorry, my wealth is my wealth – not his or anybody else’s. Every dime that I earned that I paid to feed some disadvantaged individual, who didn’t earn that dime, I want that money back. It would allow me to replace the things I lost when the Progressives collapsed the economy. I don’t need some wacky racist Marxist telling me I should stand between blacks and the police, or that I should give all my money to some ‘black account’ like a good little communist. Sounds like Baltimore is majoring in racism, police bashing and Marxism these days with uber violence for dessert. 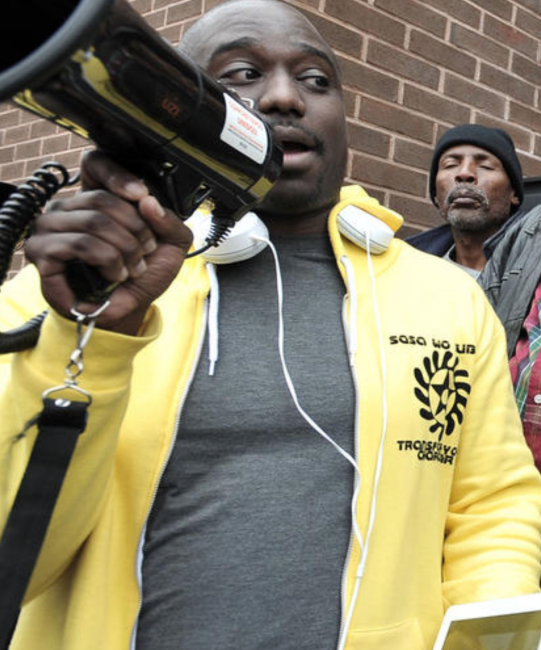 The only gap that needs filling here is the one between Brown’s ears. The real problem for African Americans is who they ally with. If you crawl into bed with communists, you get screwed. Quit demanding what you haven’t earned and start creating your own success. Ripping off the successful and demonizing those who do well is just plain evil and immoral. But the Progressives have taught these useful idiots like Lawrence Brown well. What Brown needs is to get a real job where he can’t poison the minds of young people and a swift kick in the arse. Freedom isn’t free and that certainly applies to lazy leaches like Lawrence Brown. 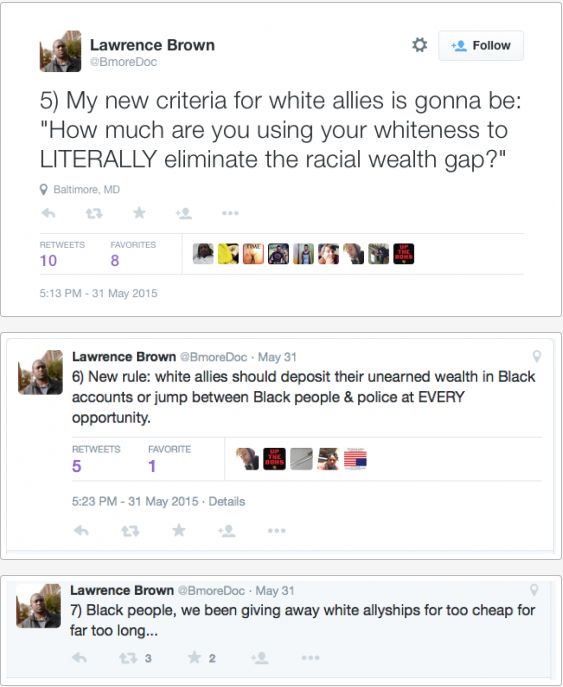