An African American writer named Ta-Nehisi Coates who writes for The Atlantic is now openly advocating that blacks should engage in violence against whites and cops. 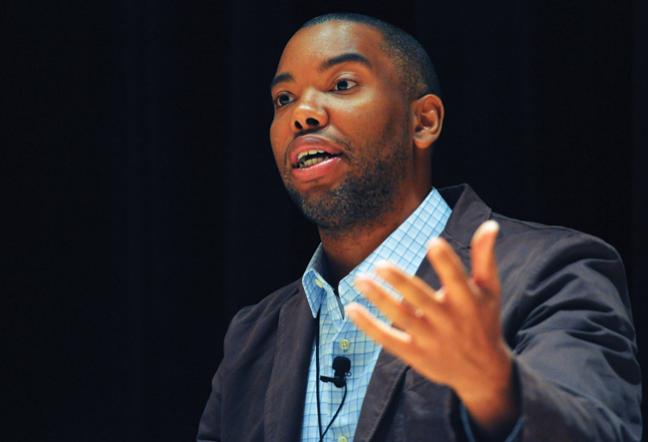 In his latest piece[1] Coates is claiming that non-violent protest doesn’t work and that blacks need to lay waste to our cities to “get justice.”

He ended his piece with his central thesis:

When nonviolence is preached as an attempt to evade the repercussions of political brutality, it betrays itself. When nonviolence begins halfway through the war with the aggressor calling time out, it exposes itself as a ruse. When nonviolence is preached by the representatives of the state, while the state doles out heaps of violence to its citizens, it reveals itself to be a con. And none of this can mean that rioting or violence is “correct” or “wise,” any more than a forest fire can be “correct” or “wise.” Wisdom isn’t the point tonight. Disrespect is. In this case, disrespect for the hollow law and failed order that so regularly disrespects the community.

Now if governments really were “doling out heaps of violence to its citizens,” Coates might have a point. After all this nation was built on revolution agaisnt oppressive government. But statistics don’t show that his base assumption is the truth. In truth more cops are killed by crooks[2] than cops kill blacks.The purported avalanche of cops killing blacks simply doesn’t exist.

So, essentially, Coates is now openly saying that law does not matter and blacks should be allowed to destroy cities and kill whites and cops until blacks get what they want… what ever the heck that is.

Now, as we HAVE to point out, what if a Tea Partier had said anything even remotely similar to this? What if a conservative writer for some national magazine had said that now is the time to engage in murder and riots to get what we want? What do you think would have happened to that writer or that tea party person?