Bob Beckel, You Are Wrong 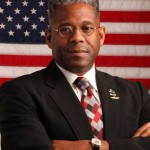 For those who’re unaware of the big dust up stirred by Fl Rep Allen West, here’re the remarks he made at a Lincoln Day Dinner in West Palm Beach Fl: 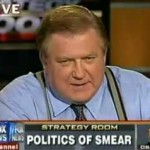 These remarks led Bob Beckel, co-host of FOX News Channel’s “The Five” to blow a gasket on Monday:

“I’ll tell you this, Mr. West; When you start shooting your mouth off like that — and I admire the fact that you were in the military and you served your country. I understand that. But before you start saying that, at the end of it, you said ‘Get the hell out of the United States,’ then you didn’t say the policies. Now, there’s 20 percent of us or 22 percent of us that happen to be Progressives, who believe in what Harry Reid and Nancy Pelosi say. You go on to say 100 percent of America. We’re 20 percent of America and we’re not going anywhere whether you like it or not. And you better be careful, my friend, because you’re getting on the edge there and you’re taking that Tea Party crowd with you.”

“During the break, I made a list of outspoken black liberals. Al Sharpton, Louis Farrakhan, Black Panthers, Jesse Jackson, Angela Davis, Cornel West, Public Enemy, Eric Dyson! In our culture, we celebrate outspoken black leftists. So, now you have one, provocative, American, black conservative, and you liberals whine? I wanna’ see more Allen West. He’s not the first one, but he’s the beginning. And it’s refreshing—”

To which Beckel responded: “You wanna’ see more of that hatred? You wanna’ see that kind of hatred in America?” Gutfeld countered: “That’s not hatred.” Beckel reiterated “It is hatred. It’s the worst most disgraceful, despicable, disgusting–”

Mr. Beckel, with all due respect, you are wrong. What Allen West said was not hate. Your being a “progressive”, that’s how you’re programmed to respond to anyone who disagrees with you…emotionally

Consider these “progressive” accusations targeting me after the Gabby Giffords shooting:

“I guess you must be happy with yesterday’s shooting in Arizona. Sheriff Dupnik certainly was right on with the vitriolic hate espoused by radio and television personalities. Is this your answer to everyone who disagrees with you?”

“I just thought you’re happy that there is another dead Democrat. Isn’t that what you and your party want? All of us who disagree should be killed? I thought you liked that. Am I wrong? You care what happened to those people who were hit or killed? You have a heart? Wow! Had us fooled.”

Or that another “progressive”, with finger wagging, told me point blank to my face over dinner that if it was left up to them, I “would be silenced”.

That’s hatred Mr. Beckel. What Rep West said was not an emotional expression of hatred. It was a clear reference to the battle of ideas being waged in this country. Rep West is 100% correct.

The American idea, the shot heard round the world, is that We The People can govern ourselves. We are endowed by our Creator with certain inalienable Rights. By virtue of our humanity we are entitled to the maximum amount of Individual Liberties consistent with law and order, and to the Right of private ownership, including the Right to own and decide for ourselves. These Liberties and Rights are to be equally protected by a Constitutionally limited, representative government that derives its just powers from the consent of the governed. This is a distinctly exceptional American idea.

The “progressive” idea is that an all-powerful centrally planned government, with extreme hostility towards private ownership, forces redistribution of wealth through “progressive” taxation in the name of social or economic “justice”. In order to ensure “fairness”, an oligarchy of self-imagined, self appointed “intellectual elite” must be responsible for controlling businesses, industries and “the masses” who are incapable of governing themselves. This was the position of a radical, fringe political minority who called themselves “progressives” until early twentieth century Americans saw for themselves exactly how bad “progressive” ideas really were, forcing “progressives” to change their label to “liberal”. This idea came to America from Britain’s Fabian Socialists and Germany’s Frankfurt School. This is a European idea, not an American one.

Among red-blooded patriotic Americans whose brains haven’t been polluted by “progressive” ideas, there’s little debate that as designed by our Founders, the United States of America is the most inventive, productive, prosperous and charitable nation in the history of the planet. There has yet to be put forth a rational, logical argument to support abandoning the highly successful American idea in favor of a European idea that’s currently failing in Europe itself.

If you and your 20-22% want to live in a European style system, move to Europe. When you get there, send Europeans who want to live in America under our system to America. America will greatly benefit from that exchange.