Now that the fight over Betsy DeVos is officially over, Democrats have moved on to their next target: Jeff Sessions. Sessions is Donald Trump’s nominee for attorney general and like with DeVos, Democrats have been fighting his confirmation tooth and nail. Elizabeth Warren has been leading that fight, but she just got smacked down[1] — big time. 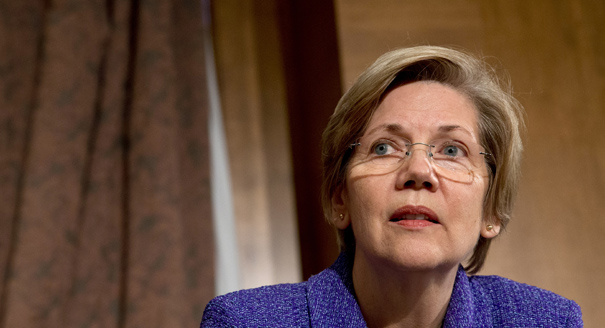 Warren stood up on the Senate floor and attempted to read a 30 year-old letter written by Coretta Scott King, criticizing Sessions’ appointment to a federal judgeship. Mitch McConnell, the Senate Majority Leader, quickly moved to shut Warren’s stunt down.

In the letter, King wrote that Sessions would “chill the free exercise of the vote by black citizens.” McConnell decided to invoke Rule 19, which says that senators cannot “directly or indirectly, by any form of words impute to another senator or to other Senators any conduct or motive unworthy or unbecoming a senator.” The Senate voted, 49-32, to back up McConnell, formally admonishing Warren and silencing her.

She wasn’t about to go down without a fight, though. Warren simply went outside and read the letter on Facebook Live:

Democrats have since complained about the issue, quickly coming to Warren’s defense. But McConnell pointed out that she had already been warned multiple times before McConnell was forced to invoke Rule 19. Previously, Warren had attempted to read a statement from the late Senator Ted Kennedy, in which Kennedy called Sessions a “disgrace”. But Warren didn’t get the message and continued to insist upon attacking Sessions.

Warren attempted to appeal the ruling, but lost. Maybe next time, she’ll think twice before pulling another stunt like that.