Boom! RNC Drops the Hammer on NBC – Pulls Out of Next Debate Over Biased Moderation

I have no real love for the RNC[1], but I’m glad to see this happen. The way NBC’s moderators behaved in the debate the other night was just inexcusable. They played with gotcha questions and tried to politically assassinate every GOP nominee up there. But when they were in the Democrat’s debate, they were respectful and thoughtful. It was obvious to all of America just how ‘in the tank’ NBC is for Hillary Clinton. Not only did the RNC pull out of the next debate that NBC was supposed to moderate, the candidates are meeting this weekend to discuss what is going on and the RNC is not invited. Rogue all the way and I’m loving it. 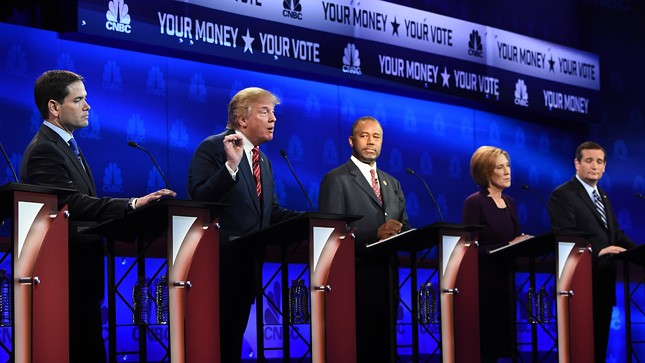 The Republican National Committee has pulled out of its February 26 debate with NBC News after widespread criticism from both the party and campaigns over this week’s CNBC debate.

“CNBC network is one of your media properties, and its handling of the debate was conducted in bad faith,” RNC chairman Reince Priebus wrote in a letter to NBC[3] News chairman Andrew Lack.

“I have tremendous respect for the First Amendment and freedom of the press. However, I also expect the media to host a substantive debate on consequential issues important to Americans. CNBC did not.”

Repubilcan candidates unhappy with the line of questioning in CNBC’s debate have said they will meet this weekend[4] to discuss changing the debate process. The candidates said they were going to exclude the RNC from the meeting.

The get-together this weekend is being organized by Trump, Carson, Graham and Jindal. Rubio, Paul, Fiorina and Huckabee will also be there. This meeting will determine the structuring of future debates. During Wednesday’s debate, candidates repeatedly got into it with moderators John Harwood, Becky Quick and Carl Quintanilla over their biased and condescending questions. Sen. Ted Cruz accused the hosts of pitting the candidates against each other in order to promote a “cage match” and Rubio slammed a question about his “maturity.” After the event, RNC Chairman Reince Priebus criticized CNBC, saying it “should be ashamed of how this debate was handled.” And they should be, but they aren’t. They are congratulating themselves on making fools of the Republicans. What was the RNC thinking going with NBC to begin with? At least CNN was fair in their moderation. More than Fox News was. Good for the candidates in taking control of the process. Maybe we’ll get an actual debate next time.