BOOOM! Elizabeth Warren Just Got CALLED OUT For What She Does To Female Staffers!

Hypocrisy at its finest.[1] Elizabeth Warren: “#EqualPayDay isn’t a national day of celebration. It’s a national day of embarrassment.” Well, it’s certainly embarrassing for her. She pays her female staffers a whopping 30% less than her male staffers. On average $20,000 less a year. Here’s a more appropriate quote for Warren… From King James – Matthew 7:5: “Thou hypocrite, first cast out the beam out of thine own eye; and then shalt thou see clearly to cast out the mote out of thy brother’s eye.” Before she starts shaming everyone else, Warren might want to level the playing field in her own arena.

Warren has harped over and over on this issue. Feminists certainly lost their ever loving minds yesterday on #EqualPayDay and right there was Warren, screaming over it as well. The fact that she is grossly guilty over unequal pay does not seem to give her any pause either. Mostly, the whole gender gap pay inequality is bogus, except of course in Warren’s office where it is indeed a reality. Will she protest herself now? As nutty as that old bat is, I wouldn’t be surprised. 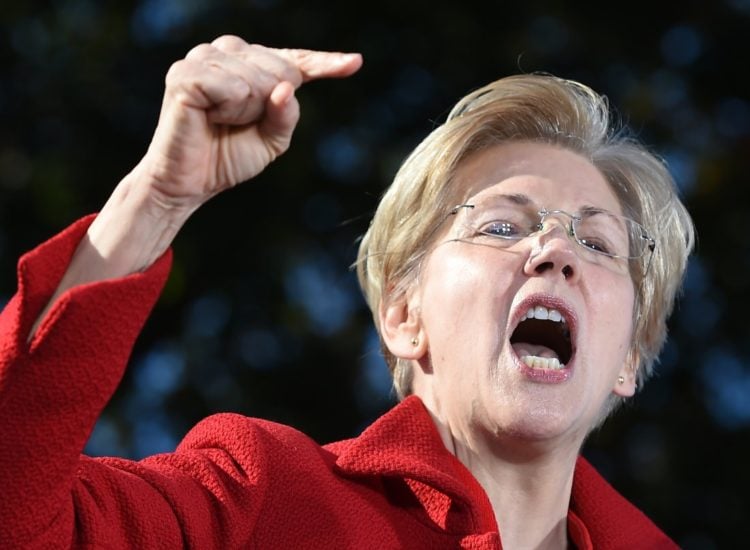 Sen. Elizabeth Warren, D-Mass., was called out Tuesday for championing Equal Pay Day while simultaneously paying her female staffers much less than men.

According to a report published by the Washington Free Beacon[3], Warren’s female employees earned only 71 cents on the dollar compared to their male counterparts.

“When calculated using average salaries rather than median, the pay gap expands to just over $26,051, or about 31 percent,” the report added.

Warren has long been an advocate[4] of closing the “gender wage gap” and making it one of her key campaign platform issues.

“The one thing that always gets me is that in 2015, I still have to get out and say that we believe in equal pay for equal work,” the senator said, Mother Jones reported[5] in 2015. “It always gets a nice round of applause, but you really want to say, ‘Holy guacamole, we can’t get this thing done?’”

Equal Pay Day was created two decades ago by the National Committee on Pay Equity and is scheduled by using the Census Bureau annual unadjusted gender pay gap to determine how far into the next year women would have to work to match annual earnings of men. Last year’s figures, showing that women earned 79.6 percent of what men earned, put Equal Pay Day on Tuesday April 4th, more than three months into the calendar year. But many contend that those figures are skewed and don’t reflect reality or take into account circumstance. I find the whole argument pointless and boring.

Among employees employed the entire year, only one woman, Warren’s director of scheduling, earned a six-figure salary, at $100,624.88. Which I find very odd considering what a raving so-called feminist Warren is. Five men — Warren’s director of oversight and investigations ($156,000), legislative director ($149,458), deputy chief of staff ($119,375), Massachusetts state director ($152,310) and deputy state director ($113,750) —earned more than Warren’s highest paid woman staffer in 2016. Why is that Elizabeth? And your executive lineup doesn’t seem very diverse, now does it? If you are going to preach it, shouldn’t you live it?

She’s not the only Democrat to do this either per the Washington Free Beacon[6]. Failed Democratic presidential candidate Hillary Clinton paid women less than men first as a senator, then as secretary of state and as a presidential candidate. Her campaign viewed her tendency to pay women less than men as a campaign vulnerability. Former President Barack Obama regularly spoke out about the gender pay gap, but women working at the White House were paid less than men. Also paying women less than men were Democratic Govs. Jon Bel Edwards (LA), who last month held an “equal pay summit,” and Andrew Cuomo (NY), who has signed two executive orders this year to eliminate the wage gap. I detect a trend and a whole bunch of hypocrisy here. 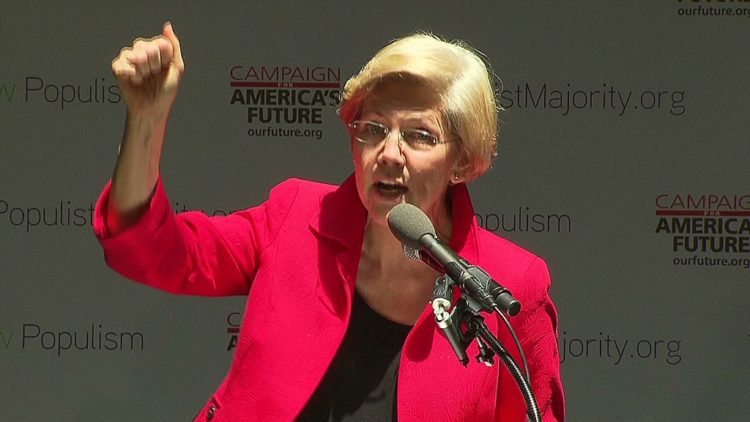