Brave Store Worker Fends Off Baltimore Looters With Nothing But a Machete!

One brave store employee in Baltimore took his job seriously when looters came to destroy his place of work. And all he had was a machete to keep them at bay. 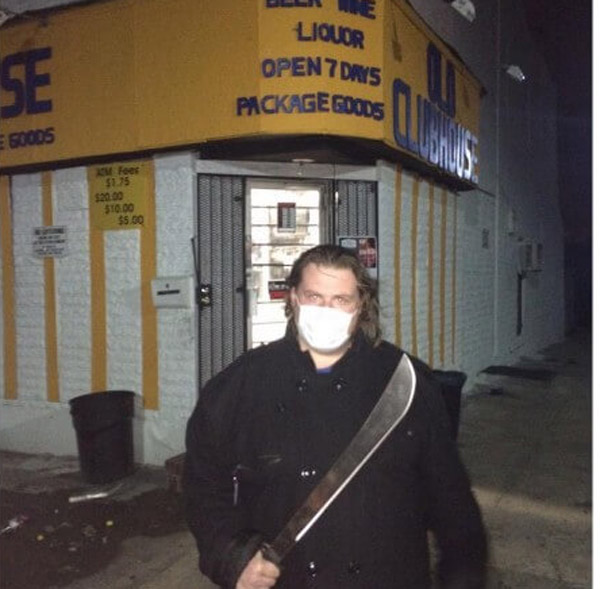 Brian Woodward, 32, had been hired as a bouncer to protect a liquor store and when the looters came, he wasn’t about to let them destroy[1] HIS business.

A bouncer at a Baltimore liquor store has gained a certain measure of fame after fighting off 50 attempted looters with nothing more than a machete.

“It’s the only thing I have. I can’t pull out a shotgun,” Brian Woodyard, a 32-year-old bouncer at Old Clubhouse Beer & Wine, told reporters about his efforts to protect the store.

Old Clubhouse Beer & Wine is in West Baltimore, the area of the city hardest hit by the riots. According to Woodyard, he had to defend the store at roughly 9pm from a large group of roving looters.

“I was able to clear about 50 people away,” Woodyard said. “I came with my mask on my face, ready to do what I have to do to protect my livelihood.”

This guy took his life in his hands.