Brazile Nails Clinton and the DNC: ‘I’m Not Patsy the Slave’ and ‘Go to Hell!’ 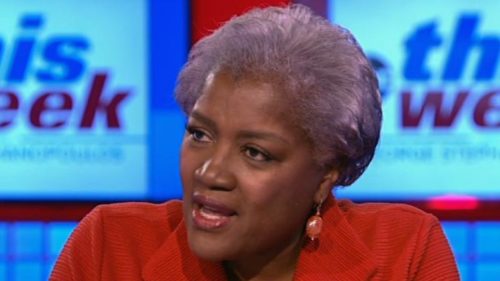 Donna Brazile’s new book, entitled, Hacks: The Inside Story of the Break-ins and Breakdowns That Put Donald Trump in the White House, has let the cat out of the proverbial bag when it comes to the inner operations of the Democratic National Committee during the 2016 election. The book has rocked the world of high ranking Democrats and caused them to mount an effort to blunt the effect of the bombshell information it contains, and also try to silence Brazile herself. Well, she had some choice words while speaking with George Stephanopoulos on ABC This Week, for those trying to shut her up.

She continued, saying, “I got sick and tired of people telling me how to spend money when all I was trying to do — I wasn’t getting a salary, I was basically volunteering my time — and what I was trying to do, George, was to increase the level of enthusiasm and passion for Hillary Clinton and the rest of the ticket all across the country.”

She had harsh words for her critics; “For those who are telling me to shut up, they told Hillary that a couple months ago. You know what I tell them? Go to hell. I’m going to tell my story.”

She concluded with, “I’m not on the payroll, George. I care about my country. I care about out democracy. And I say go to hell, because why am I supposed to be the only person that is unable to tell my story?”

Included in the revelations of the tell-all book is the information that there was a concerted effort to insure that Bernie Sanders did not win the Democrat nomination and that Hillary did. This information is no revelation to anyone who watched the debacle that was the Democrat primary race. Nonetheless, the fact that Brazile put it in her book is startling, as that is not typical behavior by Democrats. They do not normally rat out their own side, preferring instead to stand together no matter how flawed or foul the ideology.

In some ways this is a refreshing change. It also may be Brazile protecting herself from attempts by the Left to destroy her reputation, her career or worse. She struck first. And it has Democrats hopping mad. Her book merely confirms what savvy Americans already knew; that the Democrat Party is a sordid cesspool of unethical, perhaps even illegal behavior. It’s time to drain the Democrat swamp.