Embattled Democratic Rep. John Conyers may not be resigning or stepping down amidst sexual misconduct allegations, but he does intend to retire. Conyers will not seek reelection after this term. At 88, he should have retired long ago. This comes after multiple women, including a former staffer, have accused him of sexual harassment. Ian Conyers, the grandson of the Michigan Democrat’s brother, told The New York Times he plans on announcing that he will not return to the House of Representatives after his term ends in 2018, mentioning his health as the reason for retiring. Right… and this has nothing to do with the scandal at all. Nice spin you got there son.

“He is not resigning. He is going to retire,” the younger Conyers said. “His doctor advised him that the rigor of another campaign would be too much for him just in terms of his health.” While I am sure that is true, he felt just fine a few weeks ago before these women came forward. Timing is everything in politics. Conyers was hospitalized late in November, probably from the stress of media scrutiny and the allegations. Politics is a rough sport, especially if you are a naughty politician and get caught. 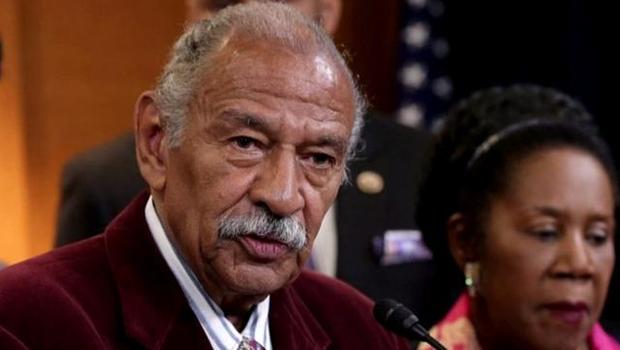 Top Democrats continue to call for him to resign. That would include Nancy Pelosi who publicly asked him to step aside. Conyers’ attorney basically told her to get stuffed. He did step down as the ranking member of the House Judiciary Committee after it was revealed he had settled a wrongful dismissal suit with one former staffer after she accused him of firing her for resisting his sexual advances. His accuser claims that the congressman had “violated” her body, repeatedly propositioned her for sex and asked her to touch his genitals. Other former staff members have since come forward to say he harassed them or behaved inappropriately. And he seems to show up in his underwear at meetings and in other instances. Alzheimer’s anyone?

Since the allegations, both House Minority Leader Nancy Pelosi and House Majority Leader Paul Ryan have called for Conyers to resign. Conyers didn’t even answer Ryan. He’s been in office since 1965. That’s a hell of a run. Conyers is the longest-serving member of the House of Representatives. He also founded the Congressional Black Caucus. So far, they have refused to ask Conyers to bow out.

Conyers is expected to make his announcement about his retirement some time today. He will make the announcement by calling into a local radio show this morning, Ian Conyers, a Michigan state senator, said in a phone interview early Tuesday. Conyers should just resign already and be done with it. This is just embarrassing for his family and the Democrats. 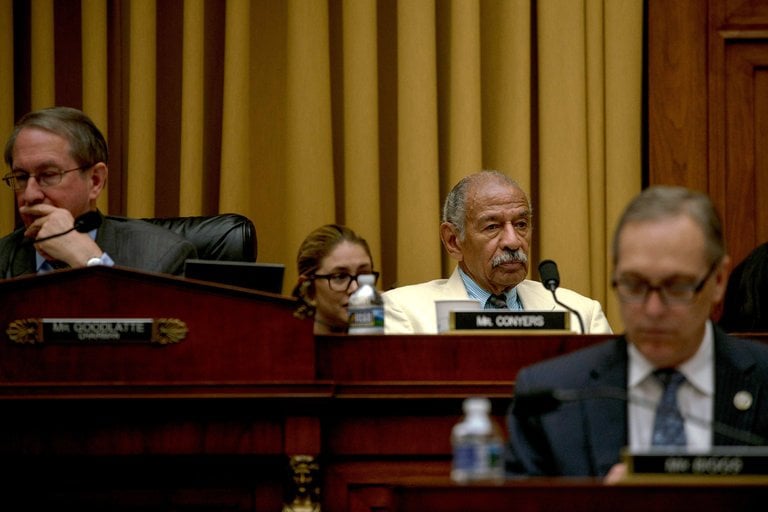