Following the shooting of Republican Representative Steve Scalise, there have been bipartisan calls for unity. Unfortunately, those have been punctuated by more calls for violence from Democrats, such as the New Jersey Democratic strategist who is urging people to “hunt Republicans.”

The worst part? He’s absolutely not sorry about it either. He’s completely dehumanized the other side and thinks it’s okay to advocate murder based on political differences. 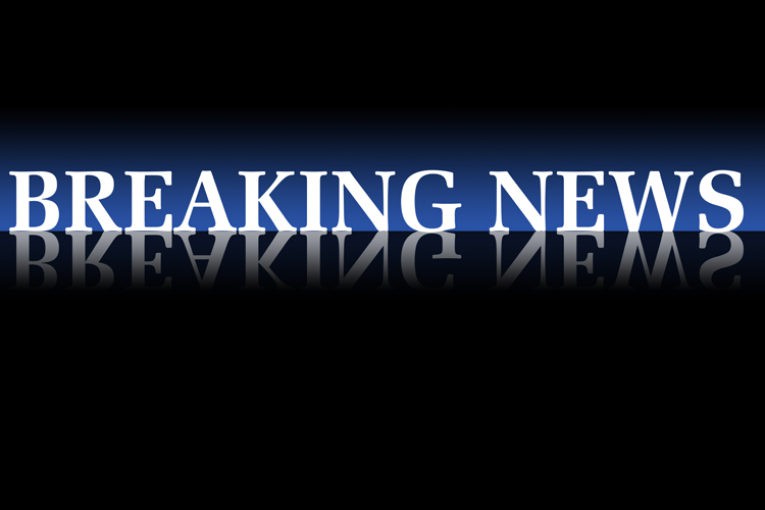 In a statement to MyCentralJersey.com[2], James Devine said that his Twitter postings calling for the “hunt” of Republican Congressmen “speaks for itself. Yesterday’s events are the result of escalating rhetoric and vitriol that has been evident in our political system culminating with the election of our president and the chickens came home to roost, you know?”

He also said that it is insensitive, and I don’t care. “You want me to be politically correct? I don’t have time for that anymore. I’m not apologizing if it offended snowflake Republicans.”

The offending Tweets are posted below. 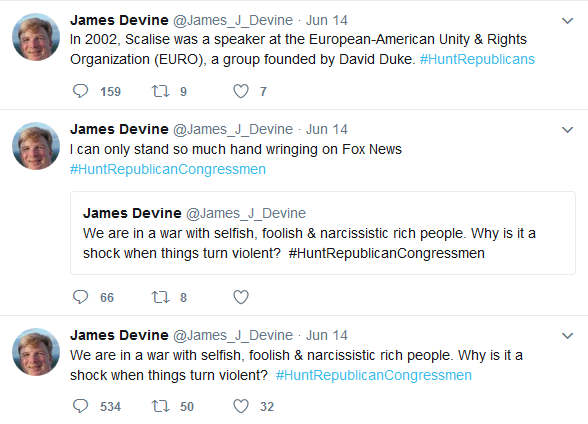 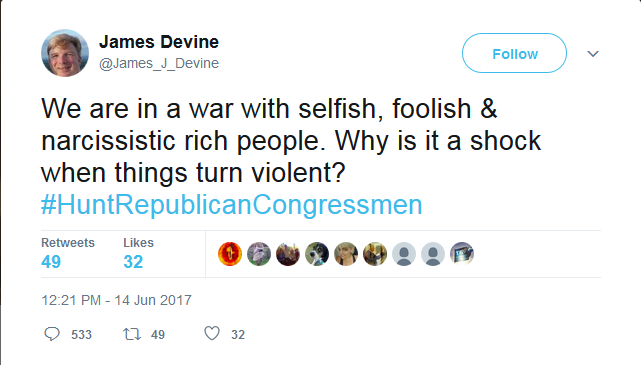 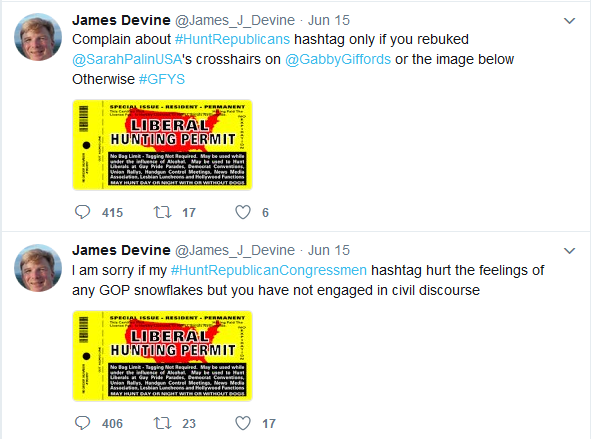 Devine also claimed that there is an argument to be made that Scalise’s shooter James Hodgkinson was just using his Second Amendment right to bear arms.

“Well, now that we have a tyrannical government, to use another Republican’s words, James Hodgkinson is a citizen availing himself of his Second Amendment remedies.”

It makes you wonder if the FBI or Secret Service will get their hands on this guy. I would pay really good money to be a fly on that wall.

Regardless of what this mentally-addled nutbag has to say, we need to calm down in America. There has been a serious ratcheting up of the vitriol since the 2016 election and unless you actually WANT a new civil war (Which is not a good thing. Ever.), we need to sit down and realize that even if we disagree with someone, they’re still a person and deserve all of the respect that you would give a complete stranger on the street, even if you don’t know their political leanings.