We had better not cave on this.[1] Schumer and his Marxist Democrats are now tying a government shutdown to the building of the wall on our southern border. They are threatening to shutter many government agencies on October 1st unless Trump backs away from building the wall. Trump’s deputies are offering political compromises to the Dems to try and head this off. Including a rise in domestic spending. What the hell for? Have you lost your ever-freaking minds? Let them shut it down, it won’t hurt much of anything at all and build the damn wall. We don’t need more spending… we need security.

If the government is shut down, many government agencies will have to send their employees home. Big freaking deal. National security agencies, and various aid programs, such as the Social Security program, would keep operating. That is what is important… not a bunch of federal bureaucrats. Trump’s pending request for an October funding package of $1.6 billion would help build roughly 62 miles of border wall. Not nearly enough, but a start. In May, Democrats — aided by a passive GOP leadership — blocked a 2017 funding package that would have helped quickly build 42 miles of wall. This has to stop. This is sheer insanity. 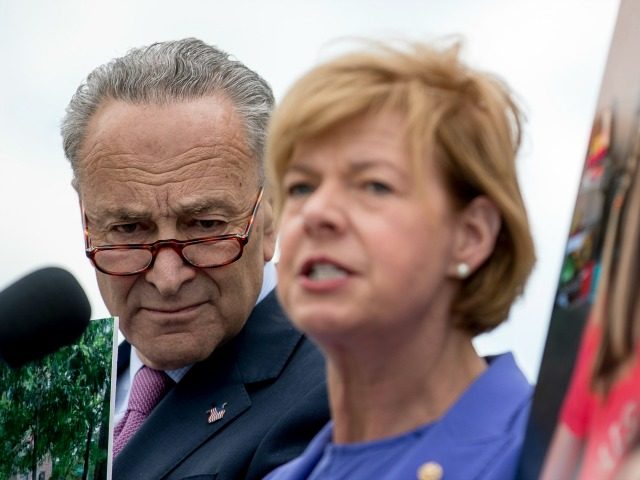 The White House is pushing a deal on Capitol Hill to head off a government shutdown that would lift strict spending caps long opposed by Democrats in exchange for money for President Donald Trump’s border wall with Mexico, multiple sources said.

Marc Short, the White House’s director of legislative affairs, met with top staffers from both parties on the Senate Appropriations Committee last week to make a hard sell for the proposal, the sources said.

Short — who said the border funding would be used for a “double fence” — stressed that the White House is insisting on a down payment for construction this fall. Short also lobbied for a big budget increase for the Pentagon, another priority for Trump.

The government runs out of money after Sept. 30. Without a spending deal, federal agencies will be forced to close until an agreement is reached. Democrats have vowed to oppose funding for a border wall, making it probably the biggest threat to an early October closure.

The Democrats want their cheap slave labor and their votes from illegals. That’s what this boils down to and it must be stopped. Schumer and the Democrats are intent on blocking any building of the wall and sabotaging Trump’s biggest campaign promise. The Democrats may have overplayed their hand though. Their own constituents now want the wall built and if they block it, many such as Tammy Baldwin (who is a stone cold communist) in Wisconsin are likely to lose their bid for re-election. 53 percent of her base strongly wants the wall built now.

In 2014, Schumer and Democrats lost 10 Senate seats after trying to push through the so-called “Gang of Eight” cheap-labor and amnesty bill. This time it will be even worse for them if they go down that road. But they seem hell bent on it regardless. The flow of illegal immigrants over the border is taking jobs from Americans, increasing crime and breaking our financial safety net for Americans. Trump’s people need to stand their ground. It’s do or die time on the wall. 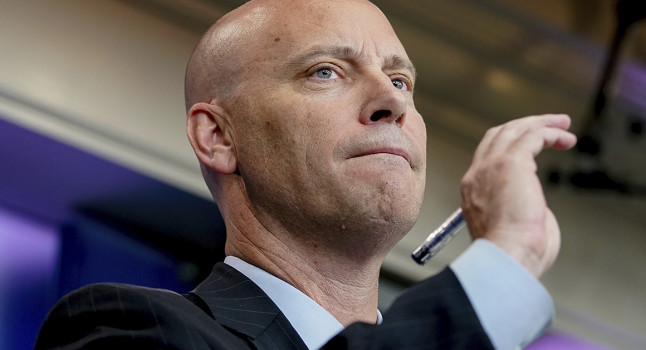 White House legislative director Marc Short stressed that the White House is insisting on a down payment for construction this fall. | Andrew Harnik/AP Photo