Embattled Ferguson, Missouri police chief Tom Jackson is set to resign after pressure put on him by Obama’s Attorney General and his anti-cop witchhunt. 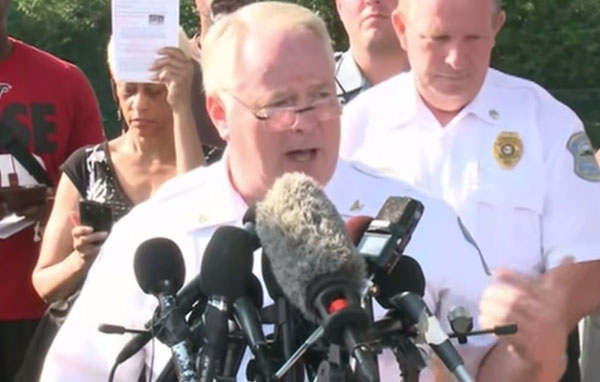 According to the Fox News[1] it was a “mutual separation.”

Tom Jackson’s resignation, which is effective next Thursday, is the latest leadership shakeup in the city following a scalding federal probe into its police force and court system.

Lt. Col. Al Eickhoff will serve as acting chief, and the city will begin a “nationwide search” for a new police leader, the city said in a statement.

The announcement comes one week after a Department of Justice report, prompted by the shooting of an unarmed black teenager and subsequent public protests, found widespread targeting of African-Americans in the city, and one day after the city’s manager stepped down amid allegations of racial bias in the city’s municipal court.

Another scalp for Obama’s racemongering machine.