The Republican National Committee[1] filed two lawsuits seeking access to Hillary Clinton’s records as Secretary of State today. It just gets worse and worse for the Hildabeast. At this rate she’ll be wearing cuffs as she finishes her run for the presidency. They go so well with that orange pantsuit. The first lawsuit goes after all texts and Blackberry messages sent while she was Secretary of State. The second suit wants all communications between State Department officials and Mrs. Clinton’s presidential campaign after she left office in 2013. The Republicans now smell blood and are finally moving in for the kill. It’s way, way, way overdue. 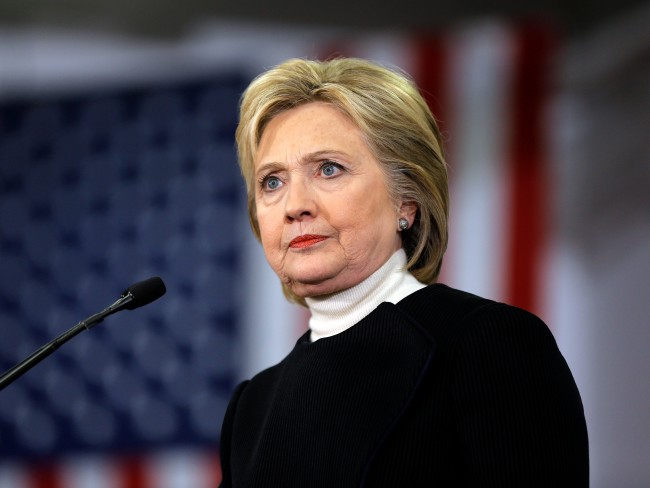 The Republican National Committee on Wednesday filed two lawsuits seeking access to Hillary Clinton’s records, potentially opening a new chapter in the ongoing legal saga over her decision to use a personal email server while secretary of state[3].

A second case asks for any communications between State Department officials and Mrs. Clinton’s presidential campaign after she left office in 2013. Mrs. Clinton is the leading Democratic candidate for president.

Both lawsuits cite the Freedom of Information Act, or FOIA.

The lawsuit, filed under the Freedom of Information Act, said the information sought bears directly on her qualifications for president. You betcha it does! The lawsuits seek disclosure of records exchanged between a dozen State Department officials and people using email accounts from designated domain names affiliated with Clinton, including HillaryClinton.com and ClintonFoundation.org. Specifically, the RNC is looking for release of the emails of Clinton’s aides. There are going to be a number of people who go down with Hillary over this… specifically Huma Abedin and Cheryl Mills along with a number of others. “Clinton’s actions while secretary of state — and the actions of those senior officials with whom she worked most closely and supervised — are manifestly relevant to whether she is fit to lead this country,” the RNC said in its complaint. I can’t wait to see what this produces. There’s an indictment floating around out there… good times.