BREAKING: A Major Democrat Donor is Arrested for Sodomizing a 15 Year Old Boy

It figures that a pedophile would be one of King Obama’s biggest donors and most ardent fans. Deviants of a feather and all that… Terrance Patrick Bean, the founder of Human Rights Campaign (a thoroughly Marxist organization), was charged with two counts of third-degree sodomy, a felony, and one count of third-degree sex abuse, a misdemeanor. He’s been diddling with children and got caught with his pants down. Bad Progressive… bad![1] 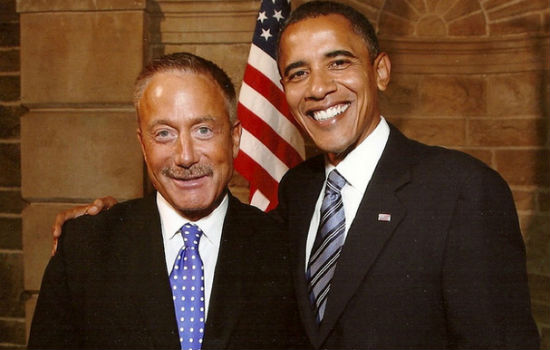 One of the parties largest donors, Terrance Patrick Bean has been arrested on charges of raping a 15 year old boy. He is a well known liberal, an abortion activist, has lobbied for removing abstinence in education and a prominent supporter for Obama.  Life News reported:

A nationally-known pro-abortion activist has been arrested on charges of raping a 15-year-old boy. Terrance Patrick Bean is the founder of Human Rights Campaign, a group that pushes other political issues but also takes a steadfastly pro-abortion position.

Human Rights Campaign, in addition to advancing abortion, has also lobbied Congress to end all federal funding for abstinence education, and hailed one piece of legislation that cut off funding because it “would end abstinence-only-until-marriage programs once and for all.” Bean is also a prominent supporter of pro-abortion President Barack Obama.

Bean was arrested at his home in Southwest Portland and booked into the Multnomah County Detention Center yesterday morning.

Bean, who bailed out of jail by late Wednesday afternoon, will be arraigned on the indictment in Lane County.

Detectives in Portland’s Sex Crime Unit are the lead investigators in the case and have been working closely with the Clackamas County and Lane County district attorneys’ offices.

The alleged incident involved a sexual encounter in Eugene with a 15-year-old boy.

Another person alleged to have been involved in that encounter is also expected to face arrest as part of the indictment.

Lane County Chief Deputy District Attorney Patricia Perlow declined to release any information about the case or the indictment.

Bean has been one of the state’s biggest Democratic donors and an influential figure in gay rights circles in the state. He helped found two major national political groups, the Human Rights Campaign and the Gay and Lesbian Victory Fund, and has been a major contributor for several Democratic presidential candidates, including Barack Obama. He’s also a close friend of former Gov. Barbara Roberts.

He rapes a 15 year-old boy and is out on bail. Have you people lost your minds? I wouldn’t be surprised, since he so close to the Emperor, if Obama didn’t have his lawyers pull a few strings to get him out on bail. Wouldn’t be hard to do in the uber liberal climate of Oregon. This pervert represents sheer evil: he’s a pedophile – check, he’s pro-abortion – check, he’s anti-abstinence (in other words, children should have all the sex they want before marriage and a commitment) – check, and he gives money to the most corrupt, morally bankrupt people in the country – check and check. Just your average Democrat, I guess… who has a predilection for little boys and powerful dictators.