As we noted a few days ago, the Governor of Oregon was under pressure to resign over an ethics and influence peddling scandal with his girl friend, no wife raking in big money off contracts with the state. Now he has resigned. 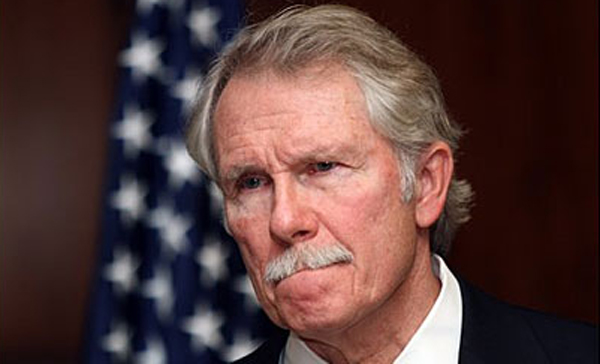 On Wednesday we noted[1] that the Oregon Secretary of State had hastily returned west from a conference in Washington DC and we noted that it was a sure bet that the governor was going to resign (as she was next in line).

Governor Kitzhaber is under investigation for corruption.

Now it looks like Governor Kitzhaber has indeed resigned[2].

“I am announcing today that I will resign as Governor of the State of Oregon,” he wrote in a statement released just after noon Friday.

Brown will be sworn in as Oregon’s 37th governor, but the timing of that ceremony is uncertain.

Kitzhaber’s resignation does not end the criminal investigation against him and his fiancee, Cylvia Hayes, or the state ethics review.

And the national media is ignoring this story.