Anne Arundel, Maryland police have confirmed that two people were confronted attempting to enter the headquarters of the National Security Agency at Fort Meade and a gunfight ensued. 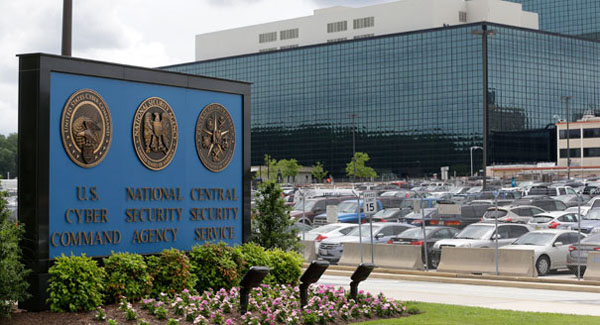 It appears[1] that a gate guard got in an altercation with two men disguised as women who were trying to gain access to the facilities.

A guard reportedly got into an altercation with two men disguised as women who were trying to enter the facility Monday morning, NBC News reports.

Gunfire was exchanged, and it is believed that the guard shot one, or both, of the men. One is dead and another sent to the hospital.

A gun and drugs were found in the vehicle the men were riding in, according to NBC News.

From Chopper4, emergency workers could be seen caring for an injured, uniformed man who was loaded into an ambulance.

It’s not clear what connection that person has to the incident, if any. There are also two damaged vehicles outside the NSA gate at Fort Meade, including a police SUV