Well, well, well… President Trump’s administration is seeking out ways to ease the regulatory burden on all historically black colleges AND furthermore funnel more money to them through an executive order that is currently just in its early stages of preparation. 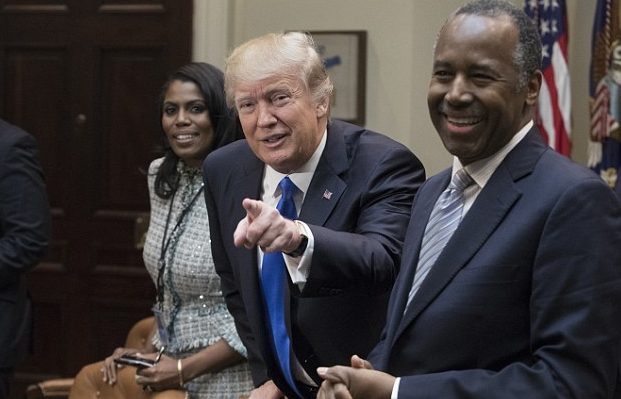 It will be geared towards cementing support for historically black colleges and universities as a priority of the Republican President.

In response and considering that Trump has been called a racist like it was his first name by the left…this statement was made[2].

‘I think at its core these charges of being racist, I think they really bother him,’ a person familiar with the administration’s outreach told DailyMail.com. ‘I think there’s a sincerity to engage.’

Well, they are lies…why wouldn’t lies about you be bothersome? However, that is not what is driving President Trump to do this. It was a promise he made…that he would be a President for all Americans. These liberal goons need to stop getting it twisted. If there wasn’t a need in these schools, he wouldn’t be doing this.

There are more than 100 facilities in the Unite States designated as HBCUS, they are colleges and universities founded before 1964, stating that their purpose is to educate African-Americans.

Trump and his administration are working on the executive action and met just last week with representatives of these institutions to discuss and council together on the possible changes. The White House is also in contact with stakeholders during the process of putting together the package.

Both of which have degrees from Howard University, which is known as a prominent HBCU that’s located right there in Washington, DC.

The White House’s domestic policy council has also been meeting with major HBCU organizations to take in information and input on the order. One person who has been involved with the meetings released this statement:

‘Omarosa stated there that this was a priority…that HBCU’s have more attention.’

The White House has yet to release or offer any comment.

A timeline has not been set for finishing the order that would direct executive agencies across the government to slash regulations that HBCUs have identified as having a negative effect on them and other higher education institutions.

One regulation HBCUs are eyeing is an Obama-era rule that would force businesses and institutions to provide overtime pay to an additional 4.2 million Americans.

‘They are at this time in the process of gathering information, and listening and getting input from stakeholders,’ the insider said.

The Trump White House could also use the order to require that departments give more money to HBCUs through the use of grants.

‘I think because this is dealing with the black community…and question of how genuine he is about it, I think this is why they are doing their due diligence,’ the source said. ‘Because you don’t have to do an executive order, and I think the fact that he wants to do one is a testament that he wants to do it right.’

HBCU advocates are also pushing the president, who promised during his campaign to fund the schools, not to cut their funding when he proposes his first budget, due to Congress this month. 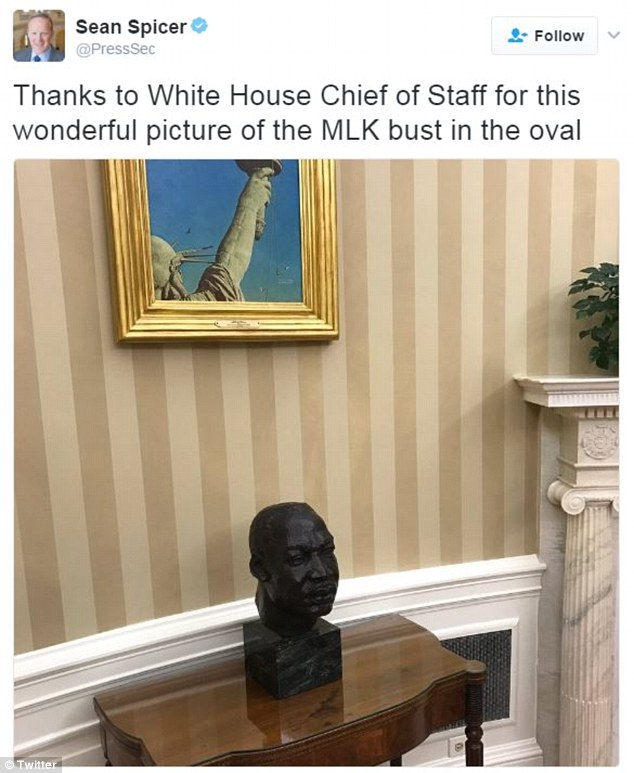 His administration argued that it provided more more money to HBCUs through an increase in its federal grant allocations. But the Thurgood Marshall College Fund, which lobbies on behalf of HBCUs, has noted that the bulk of that money went to other educational institutions.

Still, they are getting $1.5 billion more a year in federal funding than they were before, according to The Undefeated.

The person involved in the talks with the current administration says there’s ‘a hope’ that when Trump says he’ll ‘fully support’ HBCUs the money Bush set aside and Obama cut, and then replaced, stays in the budget.

Trump met with stakeholders to discuss possible actions as he celebrated his first Black History Month as president and pushed back on an inaccurate report that he had removed a bust of Martin Luther King, Jr. from the Oval Office.