Late last night the news broke that some federal judge who supports Black Lives Matter out of Washington state had the audacity to halt President Trump’s “travel ban” …. which would take effect nationwide. He was very confident that there would be nothing President Trump could do to override this halt…unless he decided to be unlawful. 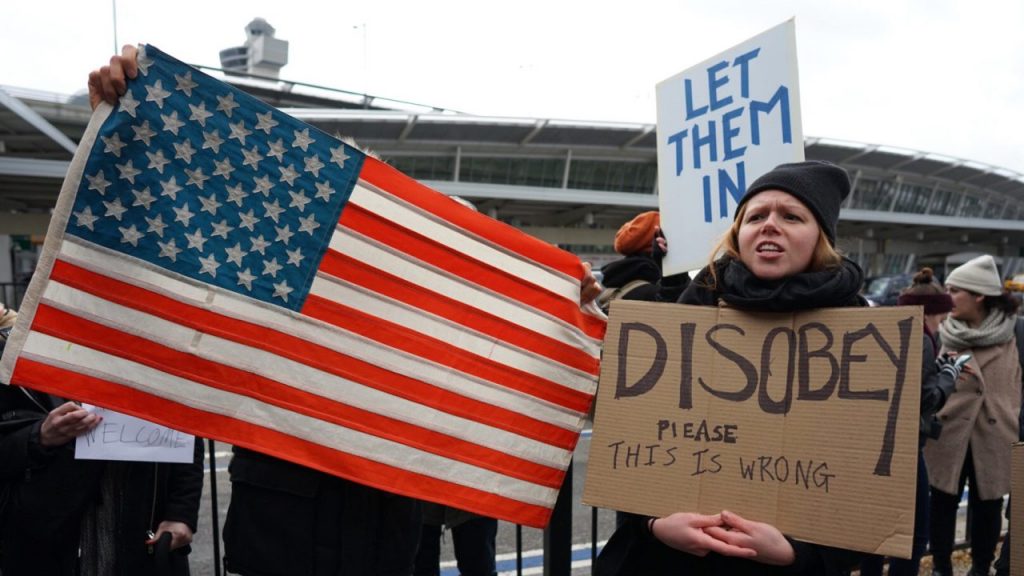 Either way, it was a Catch 22 for President Trump, at least…that’s what this Judge thought.

Well, now we have learned, he was wrong.

Truth is, President Trump has the right to bar people from entering the United State of America if we have no way of properly vetting the people who are trying to come into our country. It’s that simple.

There isn’t actually a ‘constitutional right’ to come to the U.S.

If they do come, they are obligated to abide by our laws, but not given the constitutional rights we as citizens have.

Coming to America is a privilege, not a right. Regardless of what the loony left wants to claim.

What that means is…this so-called restraining order that was supposedly effective immediately, might not ever see the light of day.

The White House has responded with the ‘why’…

The Department of Justice is ready to file an emergency stay of this ridiculous order and make moves to defend the executive order of President Trump and his ban. They say the ban is lawful and appropriate. The order itself is intended to protect the homeland of Americans and as President he has the constitutional authority and responsibility in fact, to do just that… protect the American people.

The law itself states: 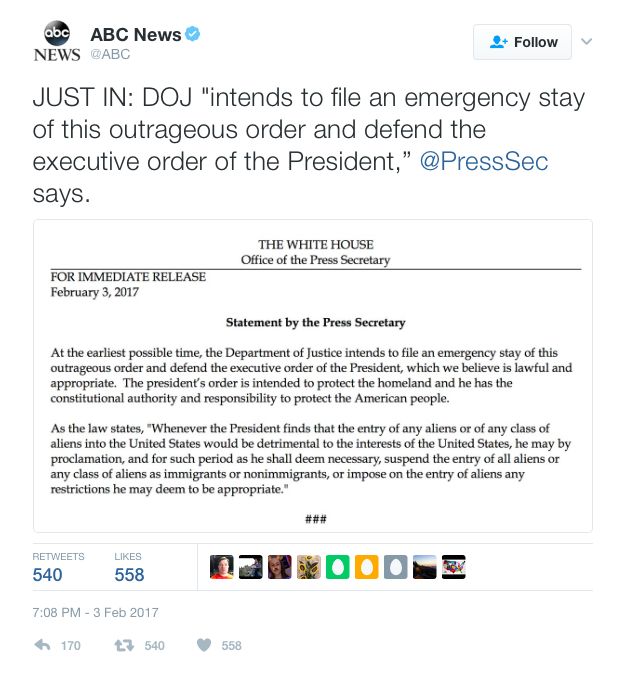 So, Trump’s executive order was lawful and there is nothing this bleeding heart judge can do about it.

Shhh… you hear that? I believe that’s the sound of liberals triggering and snowflakes making a run for their safe places…