How ironic. Debbie Wasserman Schultz threatening the chief of the U.S. Capitol Police with “consequences” due to them holding equipment that she is claiming belongs to her. Which they did so in an effort to build a criminal case against a Pakistani staffer that was suspected of massive cybersecurity breaches that involved funneling congressional data offsite. Not just any data either, but very sensitive materials. 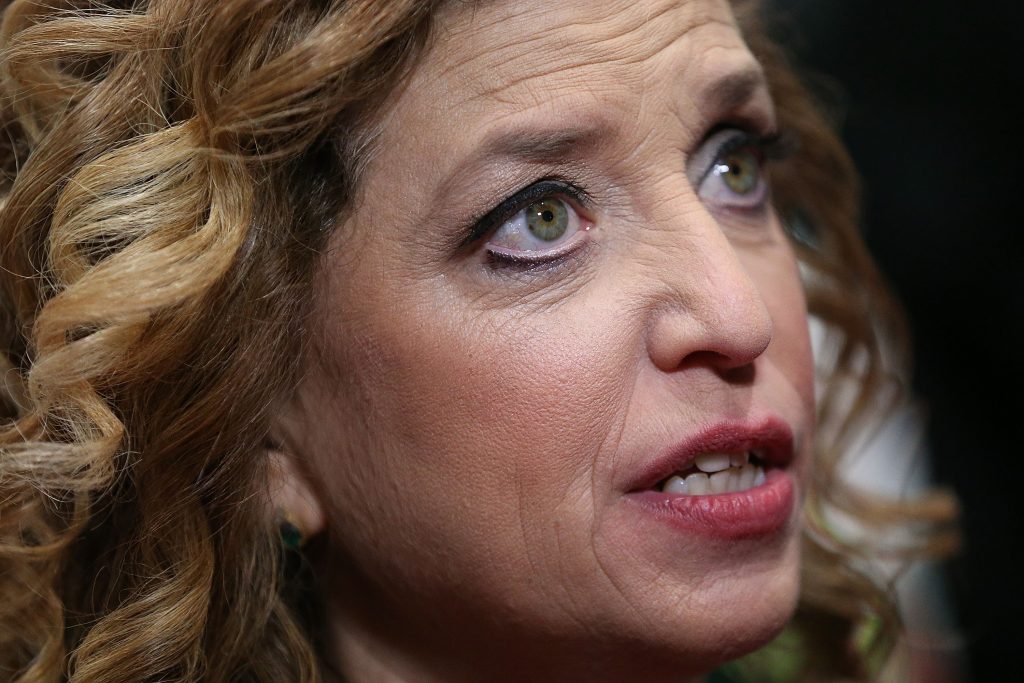 Schultz obviously and shamefully used her position on the committee that sets the police force’s budget to basically strong arm its police chief to relinquish the piece of evidence they were holding. This attempt of hers is coming out to look like she is using her authority to attempt to interfere with a criminal investigation and it’s becoming a concern.

The Capitol Police and other various outside agencies are now pursuing Imran Awan, who has been working for Schultz and running her technology for her since 2005 and was banned from the House network back in February due to suspicion of the data breach and theft[2].

“My understanding is the the Capitol Police is not able to confiscate Members’ equipment when the Member is not under investigation,” Wasserman Schultz said in the annual police budget hearing of the House Committee On Appropriations’ Legislative Branch Subcommittee.

“I think you’re violating the rules when you conduct your business that way and you should expect that there will be consequences,” Wasserman Schultz said.

I think Schultz is the LAST person that should be lecturing somebody else about violating the rules. Is she freaking kidding with her holier than thou attitude here?

As one of eight members of the Committee on Appropriations’ Legislative Branch subcommittee, Wasserman Schultz is in charge of the budget of the police force that is investigating her staffer and how he managed to extract so much money and information from members.

In a highly unusual exchange, the Florida lawmaker uses a hearing on the Capitol Police’s annual budget to spend three minutes repeatedly trying to extract a promise from the chief that he will return a piece of evidence being used to build an active case.

“If a Member loses equipment and it is found by your staff and identified as that member’s equipment and the member is not associated with any case, it is supposed to be returned. Yes or no?” she said.

Police tell her it is important to “an ongoing investigation,” but presses for its return anyway.

A federal employee with knowledge of the situation and who requested anonymity told The Daily Caller News Foundation’s Investigative Group that as House authorities closed in on Imran Awan and his brothers, a laptop used by Imran was hidden in an unused crevice of the Rayburn House Office Building. Wasserman Schultz’s office is in Longworth House Office Building, a separate structure.

The laptop was later found by Capitol Police and seized because it was relevant to the criminal investigation, the source said.

The investigation is examining members’ data leaving the network and how Awan managed to get Members to place three relatives and a friend into largely no-show positions on their payrolls, billing $4 million since 2010. (RELATED: Suspects Could Read Every Email Congressmen Sent And Received)

Schultz characterizes the evidence as “belonging” to her and therefore her argument is that it cannot be seized unless Capitol Police tell her that she personally, is a target of the investigation.

Which…wow, if that doesn’t look like the actions of someone that has something to hide, I’m not sure what does.