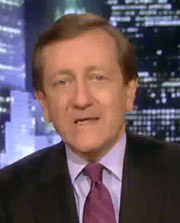 The awful crime in Colorado was only hours old when Brian Ross, a so-called “journalist” from ABC News, immediately began to politicize the shooting attempting to blame the crime on the Tea Party, conservatives, Republicans, and anyone from the right side of the political aisle with whom he disagrees quite despite the fact that he really had no information that might point to his political enemies.

First of all the name James Holmes is not a very exotic name. Many, many James Holmes live in the Aurora area. A quick search of the White Pages online finds at least five James Holmeses in Aurora and at least a half dozen in Denver and over thirty in the state.

Yet, Brian Ross immediately stampedes to a Colorado Tea Party webpage in hopes of finding the name James Holmes, then, finding one[1], he runs to the camera to blame the Tea party without taking even a second to ascertain if the James Holmes on the Tea Party website is, or even could be the Colorado theater murderer.

This is how the left-wing, anti-American, anti-truth Old Media works. Lies pass for “facts,” political agendas replace the news, and hate for anything they disagree with guides their every thought and action. You go out, you lie about your enemies allowing the narrative to take hold in order to hurt your political opposites, then, when it inevitably turns out that your supposition is wrong, you put a “correction” somewhere in the back of a newspaper where no one will ever see it. Your lies are now out there and believed by many apparently to spite the truth. That is how Democrats and the left work.

This isn’t the first time that something like this has happened. You may recall that the entirety of the Old Media establishment immediately blamed the Tea Party[2] and conservatives for the shooting of Democrat Representative Gabby Giffords back in 2011. That turned out to be a lie, too. Giffords’ shooter was an apolitical, nut case, not a conservative.

Ross isn’t the only one agreeing that politicizing this crime in order to smear the right is a great idea. For TIME, Mike Grunwald also agreed that “there’s nothing wrong with politicizing a tragedy[3].”

But if Ross had taken even a few minutes to do some actual investigative journalism, you know, his JOB, he’d have easily found out that there is no Tea Party link. As it happens, the James Holmes of the Colorado Tea Party site is a man in his fifties and the police released information that their suspect is a 24-year-old. 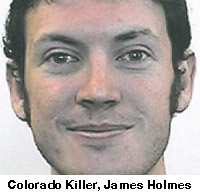 In fact, it has been revealed[4] that the killer was raised in southern California, was a medical student from the University of Colorado, and a dropout.

So, with that news can we claim that everyone from Southern California is prone to mass murder? Or maybe that everyone in medical school could be a nascent murderer? Or maybe anyone going to the University of Colorado, or any university for that matter, should make us worry? We would have to think all this using Brian Ross’ “logic.”

What Ross did was commit a crime against his so-called profession. Using his airtime for a political attack when so many families were grieving the loss of their loved ones in this monstrous crime is not merely unseemly, it is a hateful act that should end his career.

But Brian Ross will not find his career ended with this hateful lie. In fact, all his little journalist pals will slap him on the back and congratulate him for pushing the lie that the Tea Party supports mass murder.

Since Brian Ross’ bald-faced attempt to turn this killing into a way to attack his political enemies, ABC issued an “apology” for his blatant misuse of his position.

An earlier ABC News broadcast report suggested that a Jim Holmes of a Colorado Tea Party organization might be the suspect, but that report was incorrect. ABC News and Brian Ross apologize for the mistake, and for disseminating that information before it was properly vetted.