The only Republican in Congress to support Obamacare was Olympia Snowe and even she eventually voted to repeal it. The Americans didn’t want it either. But, the Democrats told America it was the greatest legislative achievement in history. It was going to make healthcare better, cheaper and easier to use in every way. If you listened to the Democrats, there were no downsides to Obamacare because it was all good news. 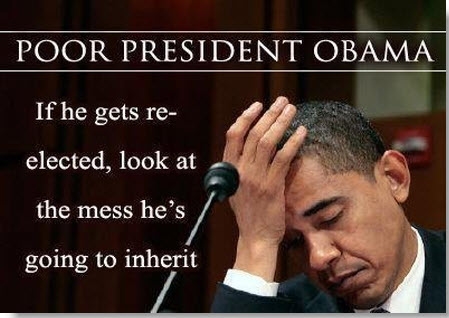 Well now that we’re getting closer to implementing this monstrosity, suddenly they’re starting to see many of the same flaws conservatives were pointing out before the bill was passed.

Senate Finance Committee Chairman Max Baucus, who helped write Obamacare, is now saying that he fears the bill will be a “train wreck.” He also informed Health and Human Services Secretary Kathleen Sebelius that companies and individuals “have no idea what to do, what to expect.”

Senate Democrat Ben Cardin attacked the law as well, “I am thoroughly concerned that our progress [on pediatric dental health] is about to be stalled.”

Representative Jackie Speier said, “There are issues we have to address in the Affordable Care Act around cost containment because the bill does not address that.”

Jeanne Sheehan (D-NH) said, “restaurants that employ people for about 30 hours a week are trying to figure out whether it would be in their interest to reduce the hours’ of those workers, so the restaurants could avoid the law’s requirement to offer health coverage to full-time employee.”

The United Union of Roofers, Waterproofers and Allied Workers[2] is even calling for Obamacare to be repealed.

“Our Union and its members have supported President Obama and his Administration for both of his terms in office.

…I am therefore calling for repeal or complete reform of the Affordable Care Act to protect our employers, our industry, and our most important asset: our members and their families.”

Know what the Republicans should do? Not change one thing in the bill. Let it go into effect, let all the Democrats who said it was so great defend it and then demand repeal or nothing.

No changes to Obamacare other than repeal. The Democrats sowed Obamacare; now let them reap it unless they want to do the right thing and repeal.