Well, well, well… Susan Rice and other former Obama loving administration officials are taking a pretty big back lashing for past claims that their 2013 Syria agreement that successfully led to the Assad regime purging the entire chemical weapons stockpile, since last week’s Sarin gas attack. 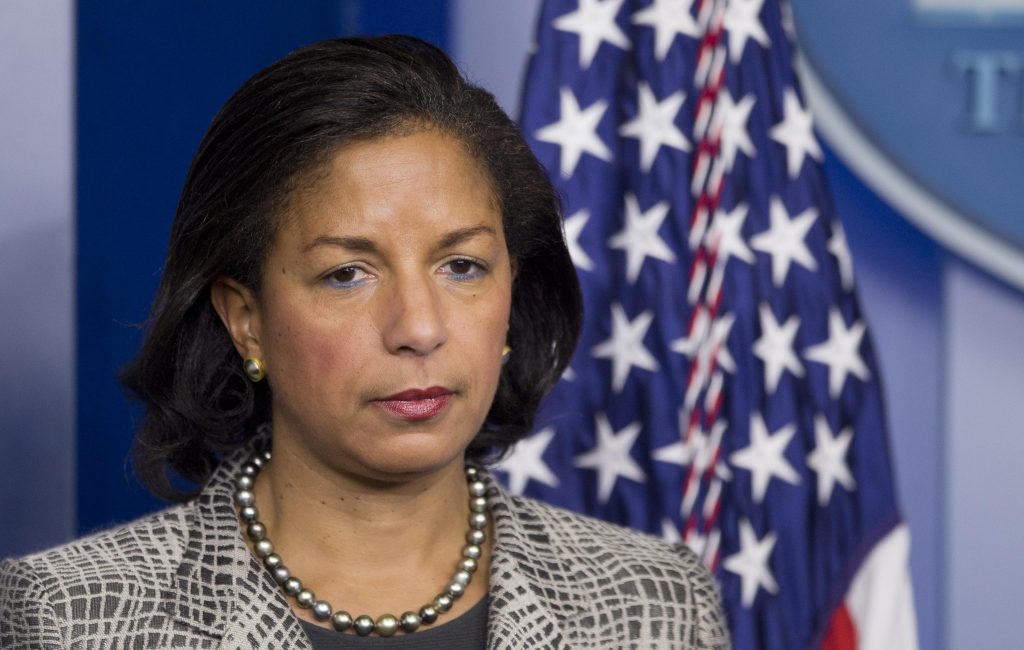 As we all know, President Trump launched a targeted strike at a Syrian airfield in response to what he is calling a barbaric chemical attack on innocent civilians, all directed by the hands of Syrian President Bashar Assad.

“There can be no dispute that Syria used banned chemical weapons, violated its obligations under the Chemical Weapons Convention and ignored the urging of the U.N. Security Council,” Trump said.

The entire world saw the footage from the chemical attack scene that immediately raised credibility problems from claims made by members of the Obama administration that the prior agreement had rid the war-torn country of chemical agents.

It was during an interview just this past January with National Public Radio that former National Security Adviser Rice touted the “success” in Syria, stating that striking a deal with Russia’s help had resulted in the prior administration dropping the threat of military action.

Now Rice is being looked at for making misleading comments in the past…she’s feeling the heat. Recently however, she did grab headlines as you all know for allegedly being tied to allegations of improper surveillance of the Trump team prior to his inauguration.

It’s important to know that Rice is not the only Obama-era official who made self-congratulatory statements about removing chemical weapons from Syria.

In July 2014, then-Secretary of State John Kerry went on NBC’s “Meet the Press” to discuss the September 2013 deal that resulted in Russia agreeing to help confiscate and then destroy Syria’s stockpile.

“We struck a deal where we got 100 percent of the chemical weapons out,” Kerry claimed.

At the time, the fact-checking website PolitiFact found Kerry’s comments to be “mostly true.” However, given new evidence that Assad had recently used chemical weapons against his own people, PolitiFact was forced to revisit and revise its assessment of Kerry’s claims.

“We don’t know key details about the reported chemical attack in Syria on April 4, 2017, but it raises two clear possibilities: Either Syria never fulling complied with its 2013 promise to reveal all of its chemical weapons; or it did, but then converted otherwise non-lethal chemicals to military uses.

“One way or another, subsequent events have proved Kerry wrong,” the site ruled.

In August 2016, a U.N. report revealed that Assad had used chlorine gas against civilians on two separate occasions since the 2013 deal – a clear violation of the Chemical Weapons Convention. Despite that report, members of the Obama administration continued to claim they had been successful in disarming Assad’s chemical weapons arsenal.

They routinely touted the diplomatic nature of the joint U.S.-and-Russia brokered deal.

Obama issued his infamous “red line” warning to Syria’s leader in 2012 not to use chemical weapons. In 2013, when reports surfaced that Assad used sarin gas to kill his people, the deal to remove chemical weapons was intended to avert military action.

The president himself on Aug. 18. 2014 said that “the most lethal declared chemical weapons possessed by the Syrian regime were destroyed by dedicated U.S. civilian and military professionals” and that it had been done “several weeks ahead of schedule.”

Back on Jan. 6th of 2015, then White House Press Secretary weasel John Earnest PRAISED Russia for its role in helping to destroy the chemical weapons stockpile of the Assad regime.

“That was an important step, because it reduced, or essentially eliminated, the proliferation risk from that declared chemical weapons stockpile, that we could essentially destroy those chemical weapons and ensure that terrorists would not be able to get their hands on them and use them in other places.”

Now these are the words…that are ringing the most true…