An employee of Richmond, Virginia’s CBS affiliate filed a vindictive and false report of fraud against the GoFundMe page of the Christian-owned pizza place at the heart of Indiana’s discussion of the state’s Religious Freedom Restoration Act. Now that employee is under investigation for filing a false report. 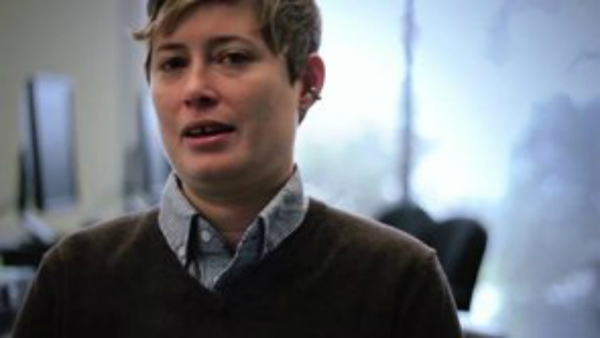 Alix Bryan works in the CBS station’s social media department and before her attack showed up on the CBS 6 Twitter main page[1] (her name has since been removed by the station–screenshot courtesy of Gateway Pundit). 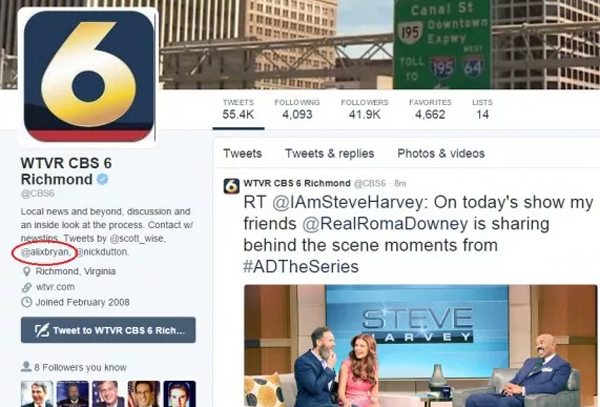 On Wednesday Bryan jumped to her personal Twitter account to proudly proclaim that she had filed a fraudulent report against Memories Pizza GoFundMe page. In her Tweet[2] she claimed that she filed the fraud report “just in case,” meaning that she CLEARLY had no proof or idea that any fraud was involved in the GoFundMe fundraising for Memories Pizza.

Her Tweet proves that she knowingly filed a false report. She had no knowledge of any fraud by the Christian-owned pizza shop but just wanted to file a malicious report.

When people started to notice that she worked for CBS, Bryan then tried to claim that her attacks on the pizza shop had “nothing to do” with her job and that she was doing all this as a private citizen and not a member of the media.

Then, naturally, Bryan stopped Tweeting and went silent–something she should have tried before her initial Tweet! Finally, by 11PM on Friday night, Bryan posted a lawyer-written letter[4] on her Twitter feed to “apologize” for her actions but defended them anyway. She also removed all mentions of her job at CBS from her social media accounts. 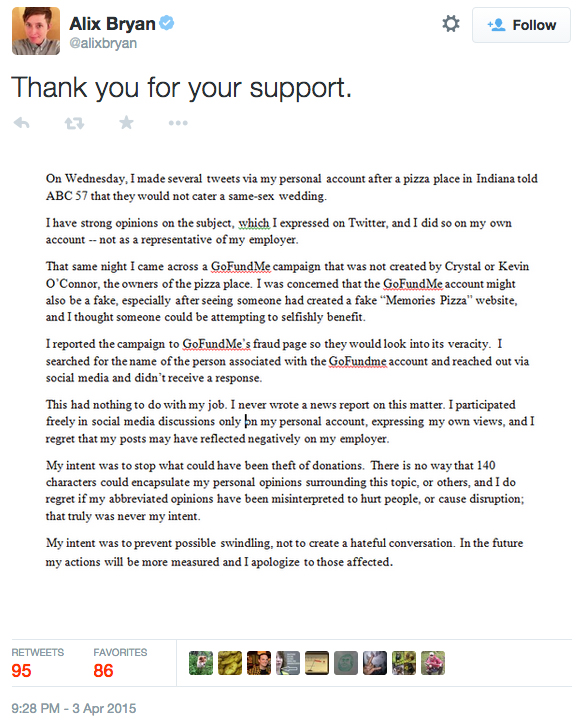 Since CBS removed Bryan’s name from its Twitter feed, one can assume that her status as an employee is under review. But no public statement from the TV station has been made.

Thus far the Memories Pizza GoFundMe page[5] has brought over $800,000 in donations.