If you want to know who the real problem is, just look for a democrat[1] in any room. We can’t figure out why leftists have such an angry violent tendency to turn anything into a violent display of aggression. From looting and rioting in towns like Ferguson, violent protests against Trump, and starting fist fights at the Nevada Democrat Convention, it’s always the nutcases on the left who use violence as the answer. It’s no wonder they don’t have any real answers or candidates – no one wants to serve them and the rest had their brains beat out of them. 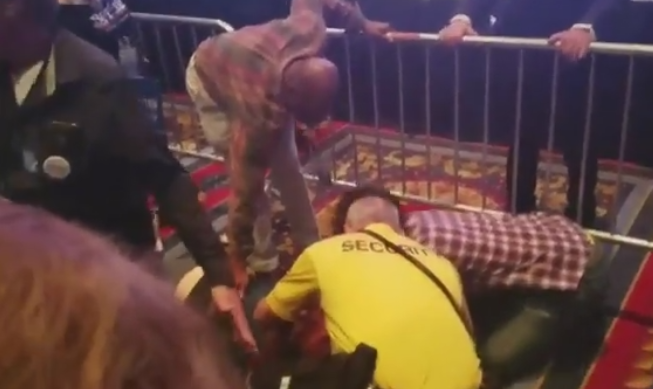 DNC officials fled the building and called in hotel security and sheriff’s deputies. No doubt Hillary wishes that what happens in Vegas would stay in Vegas; and no doubt the mainstream media will do its best to make that happen, pushing the line that it is the GOP that is riven with strife and an insurgent #NeverTrump movement.

You have to be a real winner to get yourself into a fight at a convention. Maybe it was another progressive socialist loser begging for freebies instead of working for them.