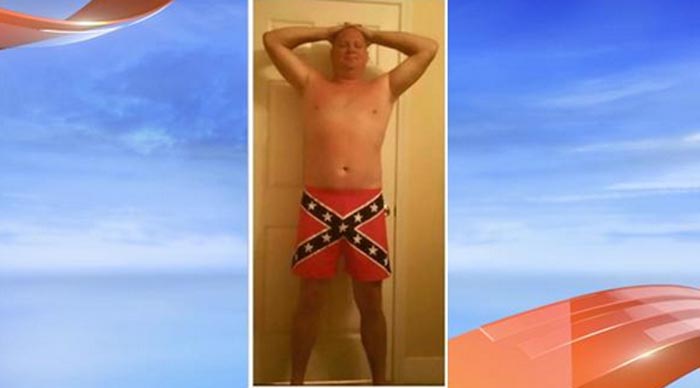 Sergeant Shannon Dildine was fired[1] by North Charleston Police Chief Eddie Driggers because his post identified the Sgt. as a member of the force and his photo spread “hate.”

A North Charleston police officer was fired from his position after posting a photo on Facebook featuring the Confederate flag.

“Your posting in this manner led to you being publicly identified as a North Charleston Police officer and associated both you and the Department with an image that symbolizes hate and oppression to a significant portion of the citizens we are sworn to serve,” Police Chief Eddie Driggers wrote, as reported by WCIV.

Hate? How did that picture spread hate?