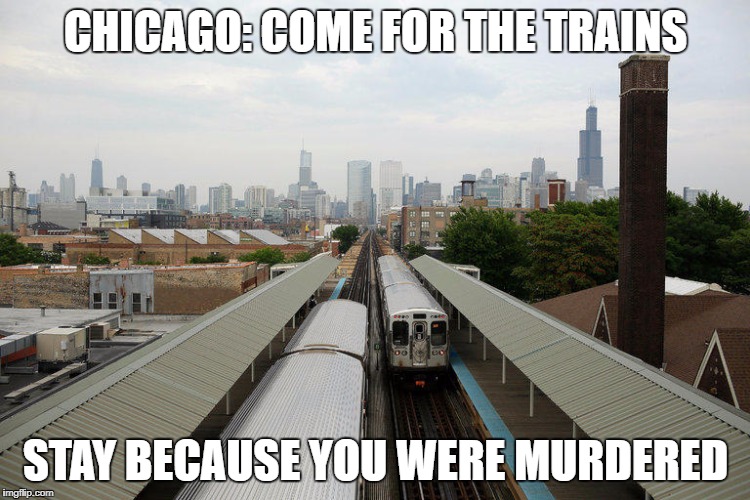 Chicago Mayor Rahm Emanuel has a piece in the NY Times today, in which you would have though that someone at the New York City based paper would have said “hey, wait a minute, he’s slurring us as New Yorkers!” as Rahm punches NYC and Governor Cuomo in the face (figuratively)

In Chicago, the Trains Actually Run on Time[2]

On Thursday, in the wake of a subway derailment and an epidemic of train delays, Gov. Andrew Cuomo of New York declared a state of emergency for the Metropolitan Transportation Authority, the busiest mass transit system in America. That same day, the nation’s third-busiest system — the Washington Metropolitan Area Transit Authority — handed out coupons for free coffee to riders stuck in the second year of slowdowns caused by repairs to prevent chronic fires.

Meanwhile, in Chicago, a recent survey found that 85 percent of passengers are satisfied with service on our transit system, the nation’s second most used. (snip)

How have we done it? First, we put reliability ahead of expansion. We focused relentlessly on modernizing tracks, signals, switches, stations and cars before extending lines to new destinations. Unlike New York, which has spent billions to reach Hudson Yards, or Washington, which has concentrated on trying to reach Dulles Airport (both laudable projects), Chicago has improved the existing system.

So, also shots at the Democratic run city of Washington, D.C. and surrounding areas. And Rahm spends many more paragraphs telling us just how the trains are awesome. And, we have to agree, Chicago’s trains are running great. So, why does Rahm does this?

Rather than tweeting about violence in Chicago, President Trump should be looking to Chicago as a model for the infrastructure investments and economic growth he wants to replicate across the country. Instead of embarking on his wrongheaded plan to privatize infrastructure construction, he should expand existing programs that have used local-federal partnerships to build transportation systems.

And, he proposes that Los Federales give Chicago double the money they have been, along with

And Washington should increase the portion of the Highway Trust Fund that supports mass transit to 25 percent, while also raising the gas tax by 10 cents. Yes, Americans would pay more at the pump, but it is a smarter alternative than the Trump administration’s privatization plan, under which we will all pay more in tolls and fees to the private investors who would own our roads and bridges.

We could talk about how well that massive government infrastructure went under Mr. Obama while Rahm was his Chief of Staff (shovel ready, anybody?), but, instead, let’s note that, regarding Chicago (stats per Hey Jackass![3] as of this morning)

But, hey, the trains are awesome!