The “religion of peace” is at it again, this time posting warnings in Chicago that they intend to start attacking Jews in the Windy City. 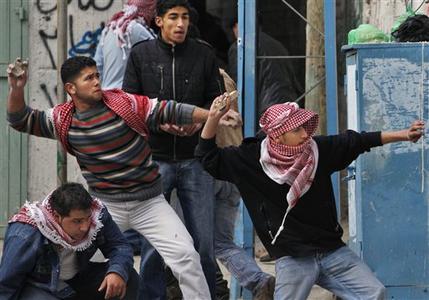 The Times of Israel reported[1] on Monday that the threatening fliers were left on cars in Pulaski Park neighborhood on Chicago’s near northwest side.

Chicago Police Department News Affairs Officer Jose Estrada confirmed the posting of the fliers left on half a dozen cars in the area.

The Chicago Police Dept. says it has its hate crimes unit on the case.

These fliers appeared just prior to the “die-in” protest[3] launched in Chicago by terror supporters opposed to the existence of Israel.

The terror supporters began their protest downtown and ended it in front of the Israeli Consulate in Chicago.

Notice that Jews are not parading around the world claiming they are going to attack so-called “Palestinians” in cities like Chicago, New York, Paris, or Berlin. The Israelis are concerned only with the enemy at their gates.

Meanwhile, Muslims are threatening attacks on innocent people all across the world.

Quite a contrast, there.

As always, Muslims illegitimize themselves with their love of death, murder, and terrorism.