Chicago’s Democrat Representative for Mexico, Congressman Luis Gutierrez, is hoping that activists for illegal aliens get far more militant in their opposition to the Republican Party. 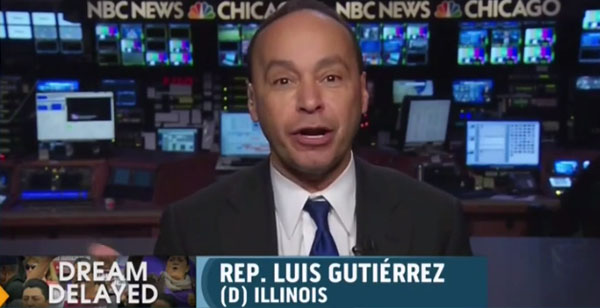 Appearing on MSNBC today, Gutierrez said that the “voter anger” that illegals will have against the Republican Party will grow and foster more “militancy” if the GOP continues to stand in the way of Obama’s amnesties and freebies to millions of illegals.

Gutierrez said that, “militancy that will be activated throughout the immigrant community in terms of voter registration, voter participation and voter anger at the Republican Party, as a party in the United States. I think you are going to see it in an unprecedented manner.”

Um, Luis, you don’t seem to understand that these illegals can’t have “voter anger” because it is illegal for them to vote!

“You may think you won today, but your victory is going to be short-lived, and November 2016 is coming right around the corner and this will come back to haunt you,” he added.

He also outrageously said that anyone who stands in the way of amnesty is “attacking American families.”