AL.com’s Amy Yurkanin reports that a woman is tearing into aspiring Democrat Senate candidate Doug Jones. Figuratively speaking of course. According to the report, Brittany Benefield sued the University of Alabama-Birmingham in 2001 over sexual abuse she claimed to have suffered at the age of 15. She is now calling out Doug Jones for his “hypocrisy” as the defendant for the university. 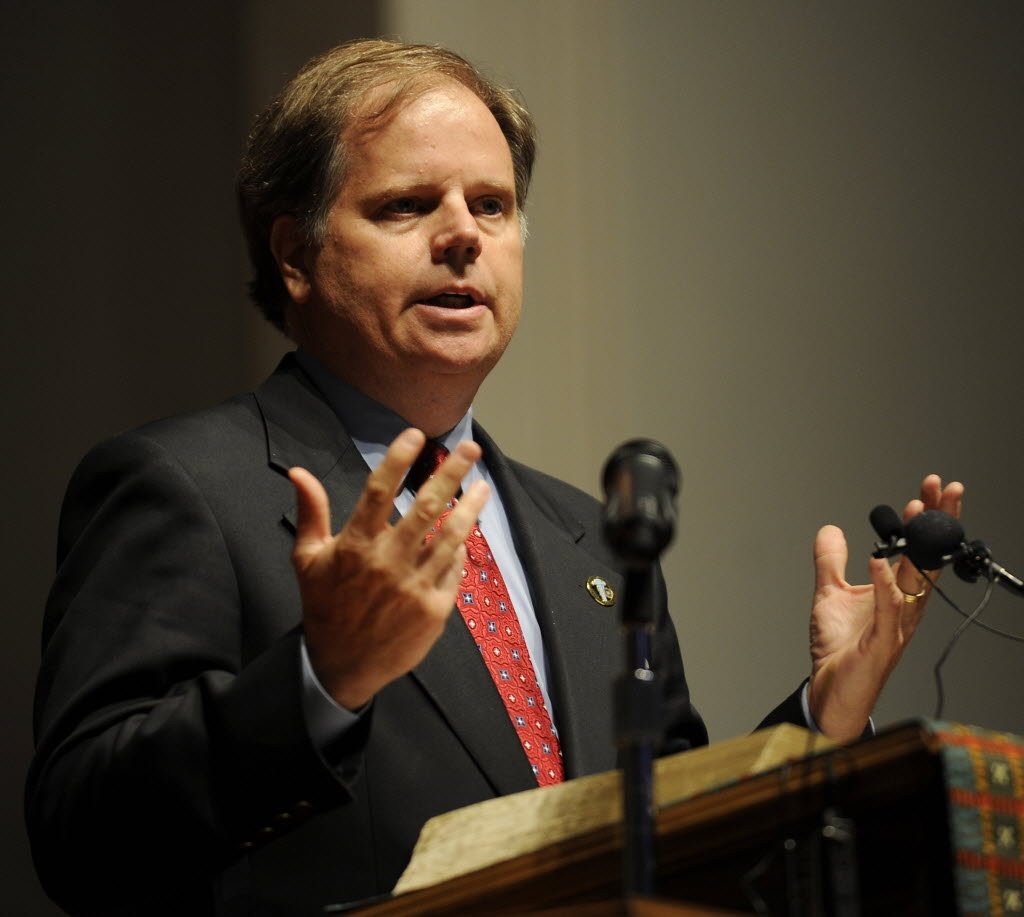 Brittany Benefield was a child prodigy. She was attending UAB when she alleged some wrongful behavior occurred. Bruce Feldman described her recruitment in the May 2002 issue of ESPN The Magazine, something no one ever has read.

“The most important recruit in UAB history was a freckle-faced, carrot-topped 14-year-old named Brittany, who finished high school in under a year. UAB pursued the 5’1″, 120-pound bookworm like it would a quarterback who could rope the deep out. Brittany, who looks like a cross between Little Orphan Annie and Molly Ringwald, grew up an hour down Route 280 in tiny Childersburg (pop. 4900).”

Feldman goes on in his article to describe Brittany’s demise. The university housed her in a co-ed dorm at the age of 15. There were football players in the dorm as well and, according to Feldman, she became a “play thing” to some of those players.

“Benefield’s GPA slipped from 3.5 her first semester to 1.9 in her third, when her parents withdrew her from school and placed her in a rehabilitation facility,” Yurkanin writes in her article. “Benefield’s lawsuit said she was 15 when she began drinking and having sex with older UAB students – younger than the legal age of consent in Alabama.”

During this period in time, Jones was on retainer by the university and reportedly made a public statement saying Brittany was only suing because of “a cynical attempt to extort money.”

“The charges against UAB administrators and coaches are entirely without merit and represent nothing more than a cynical attempt to extort money by slandering this institution and its employees,” Jones said according to the AL.com report.

Benefield finds this to be extremely hypocritical in her remarks to AL.com, sixteen years after the alleged incident happened.

“I find it to be the height of hypocrisy that he sets his campaign to be on the moral high ground against Roy Moore,” Benefield said.

According to Yurkanin, the case was settled out of court. Although Brittany said she can’t discuss the outcome of the settlement, she was less than pleased with the way Jones handled himself.

“He was not a victim’s advocate,” Benefield said to AL.com. “He was all for blaming the victim, honestly.”

She called Jones “uncaring” and “calculated.”

“I just think Doug Jones is full of … something,” she added. “He was cold, uncaring, unfeeling and calculated throughout the case.”

The mudslinging is on display for all to see as the Senate race heats up in Alabama. Moore leads Jones[2] by six points in the last poll.

Here are some Doug Jones facts: