Now, that’s rich.[1] Hillary Clinton, under penalty of perjury, has just certified that she has turned over all her work-related emails. Her aides – not so much. They are not willing to certify the same because they are not willing to go down with the USS Hildebeast. They are not going to perjure themselves for her sorry you-know-what. I don’t blame them. Well, I blame them for working for the coiffed demon to begin with, but I don’t think they are stupid enough to stick by Clinton to the death. Here’s the kicker… you know who those two aides were? Wait for it… former Chief of Staff Cheryl Mills and former Deputy Chief of Staff Huma Abedin. That’s right. Hillary’s confidant and henchwoman, Huma Abedin. Politics is not thicker than water after all. 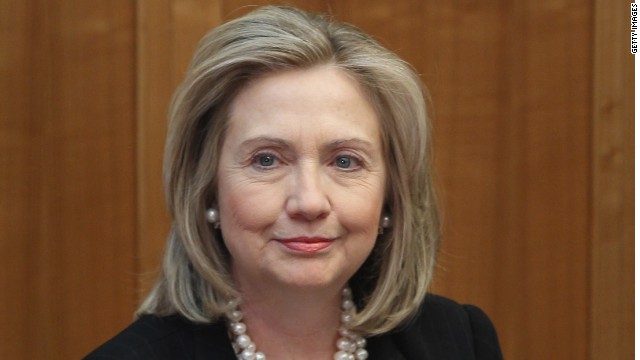 You know the aides are not certifying because they know the truth. Now all that is needed is to find any work email that she didn’t produce…

Acting in response to a request from a federal judge, former Secretary of State Hillary Clinton Friday submitted her first official, formal certification under penalty of perjury that she had all her work-related email turned over to the State Department.

However, two aides to Clinton appear to have rebuffed parallel requests from U.S. District Court Judge Emmet Sullivan that they similarly certify that they’d turned over certain emails and other records in their possession relating to their work at State.

A court filing the Justice Department submitted on Friday afternoon (posted here) indicated that Clinton had not replied to the department’s request that she submit a declaration pursuant to the court’s order. However, State spokesman Alex Gerlach confirmed Saturday that such a submission from the Clinton camp did arrive Friday, but wasn’t immediately noticed because it went to someone who was on vacation.

Clinton’s formal declaration may not be good enough for her critics because while she has said she directed that all potential federal records in her private email account be turned over to her former agency, she can’t personally certify or attest that the handover was complete, because she left the actual sorting process to her sycophant attorneys. This is a legal and loyalty split of epic proportions, but you won’t see it in the media. While Hillary will be forced to testify under oath, her aides and others caught up in this probe may elect a more defensive posture, declining to make official statements that could serve as fuel for ongoing future investigations of Benghazi, the email arrangement or other matters. Let the fireworks begin. As I said, I believe that Hillary is being thrown to the dogs politically by the likes of Barack Obama. She may never serve time (although I truly hope they have an orange pantsuit with her name on it waiting for her), but she will be destroyed politically. The legal eagles are dragging their feet on all this – those that aren’t trying to nail Hillary, that is. Mills is actually saying she is going to destroy emails. That’s a blatant violation of the law. The judge issued an order Friday night instructing State to ask Clinton, Mills and Abedin not to destroy any official records. It’s about to get real for Hillary – watch as the rats desert Hillary’s ship.