Espionage much?[1] Bernie Sanders’ Campaign National Data Director, Josh Uretsky, was very, very naughty. While the DNC firewall dropped briefly for their voter database on Wednesday, he allegedly accessed Clinton voter data. He claims he was just trying to understand the breach. Right… if you believe that, I have some wonderful real estate for you in the Mojave Desert. Of course plausible deniability required that the staffer be fired, so ole Bernie could avoid blame. That’s just how the political game rolls. Seriously Democrats… these are the people running on your ticket. A corrupt woman, who is a murderous megalomaniac and an old, white perverted communist who has no compunction about helping himself to the Hildabeast’s data. Thugs of a feather. Nice bunch of candidates you got there. Bernie should stick to rape fantasies… he’s lousy at spying. 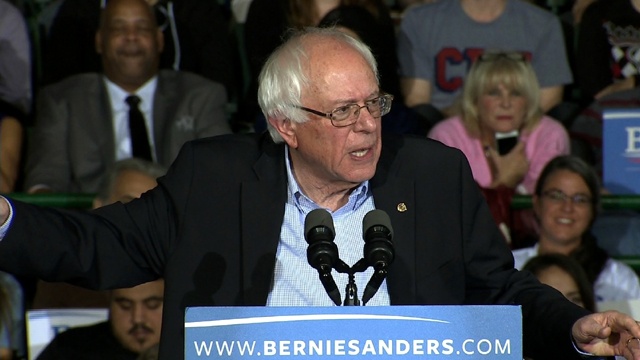 The suspension is a setback for the Vermont senator — who fired the staffer involved — because the database is a goldmine of information about voters nationwide. Campaigns usually use that data to plot their next moves.

The DNC database keeps the information gathered by different campaigns separated by a firewall.

But the data systems vendor that runs the program dropped the firewall for a brief period Wednesday, during which time the data was accessed.

The Washington Post was the first to report the incident.

The fired staffer was the campaign’s national data director, Josh Uretsky, who told CNN Friday morning that he was not trying to access Clinton voter data.

He said instead that he was just trying to “understand how badly the Sanders campaign’s data was exposed” by the software error.

The staffer is claiming that to the best of his knowledge nothing was stolen from Clinton. She must be furious… I’m sure Hillary really believes that happy crap. The Sanders’ campaign will remain suspended until it provides the DNC with a full explanation of the episode and provides proof that any accessed data has been discarded. Good luck with that. Hillary has been the ordained Democrat candidate from the beginning. This just gives them cover to totally lock out Sanders. I’m not sure I can blame them. By the way, is anyone asking how the data guy knew exactly when that firewall would be down so he could access the data? Hmmm. This is not the first time that firewall has failed by the way. As a tech person I have to wonder about that security vendor and just how close they are to the Sanders’ campaign. It’s mighty suspicious and it could well be the end of Bernie’s run.