CNN Host: ‘Leaders of the Democratic Party Are Beholden To’ Weinstein – His Behavior Wasn’t A Secret [VIDEO] 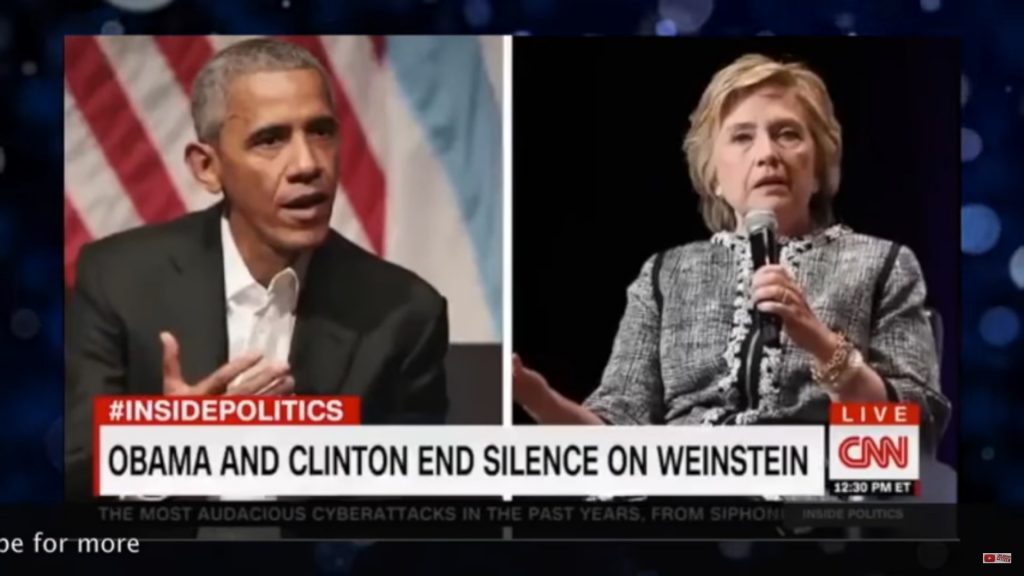 On CNN of all places, a host for their Inside Politics show has a few things to say about the relationship between Hollywood pervert Harvey Weinstein and the leaders of the Democratic Party.

CNN’s Senior White House Correspondent, Jeff Zeleny, said that most of the Democratic leadership are “beholden to” Weinstein and that his behavior was anything but a secret. Under the subtitle of “Obama and Clinton end silence on Weinstein,” Zeleny introduces the segment by citing that women are telling their “horror stories” of the time they’ve spent with Hollywood slimeball Weinstein, who has been heavily involved in the movie and Broadway business for the past 30 years.

It took Hillary Clinton and Barack Obama five days to address the issue, claiming disgust over his actions. Hollywood garbage dealer Weinstein has raised over $1.5 million for the Democrats from 1990 to 2016 and served as a match maker for Hillary in Hollywood so she could access stars for her failure of a 2016 campaign. As well, the Clintons rented a home next to the Weinstein family in the Hamptons back in 2015.

Working with Obama, Hollywood smut lover Weinstein showed up at the White House on thirteen different occasions for a variety of events and even worked on bundling donations for the 2012 campaign run.

Zeleny’s startling criticism was that the Democrats waited five full days before saying anything about this, despite it being massive news in both political and entertainment circles, as well as internationally.

Zeleny went on to call out the Democrats for not holding a press conference about the personal relationships that they’ve all had with Hollywood greaseball Weinstein, saying that they’re being hypocrites for not addressing it up front. It’s “not a secret” that they were cozy with him and accepted money from him.

Both Michelle and Barack Obama had praised Hollywood sex creep Weinstein in the past and even sent their daughter Malia, then 18, to intern at one of his companies[2] in her pursuit to work in the entertainment industry.

I’ve skipped ahead to 21:52 so you can watch the segment without skipping around in the video below: