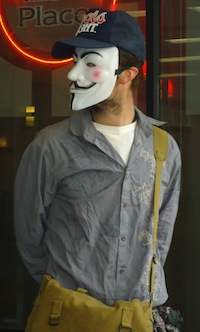 Well, here we are we conservative bloggers gathered together at Blogcon 2011[1] (sponsored by Freedom Works[2]) in downtown Denver, Colorado and what do we find? You guessed it, the Occupy-Whatevers, ever present Guy Fawkes masks in hand, came to disrupt our little conference.

Just after 3PM the Occupiers tried to Occupy Blogcon yelling out epithets at their favorite boogiemen, the Koch Brothers (pronounced coke, like the famous American soft drink). Of course no one at this conference is funded by the Koch Brothers, but, hey, let’s not ruin a good chant. 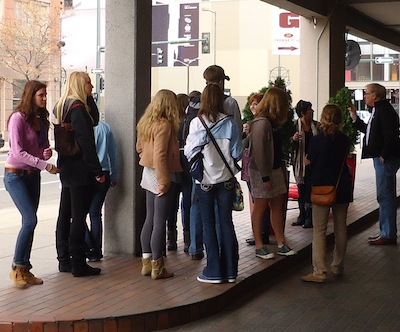 The Occupiers infested the lobby here at the Crowne Plaza and immediately raised a ruckus. It seemed that the protesters numbered somewhere about 30 or so and were heavily outnumbered by the conservative bloggers huddling around them with cameras and microphones to record their theatrics for prosperity.

Some of these young people were brought by a Denver school teacher who was ashamed to tell us her name[3].

The young fellow you see above in the mask originally pretended he was not part of the protest. He then whipped out his little mask. He showed us, eh?

After a bit of screaming and chanting the Occupiers moved outside. One of the conversations overheard between the opposing sides was one about legalizing drugs (hence the title of my report). The Occupiers were pro drugs, naturally.

One girl on the Occupier’s side claimed that, “we are representing more people than you guys.” I was amused at that because these Occupy events are usually sparsely attended by Occupiers. Rarely do these Occupy-Whatevers field more than a few dozen people. On the other hand the Tea Party events have fielded thousands and, ultimately, millions at their own events.

I’d say that the folks attending Blogcon 2011 represent far more people’s views than do these Occupiers.

As it happens, one young fellow from among the Occupiers was arrested by Denver police. This got their dander up, to be sure. The police were called names such as “the military” and others. The Occupiers were quite upset it appeared. 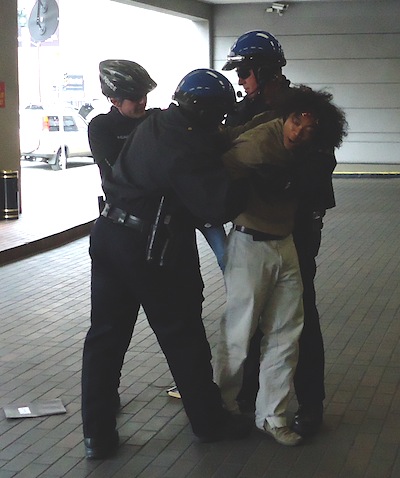 But think about this. They invaded and disrupted a private conference held on private property, yet they were mad that one of their own was arrested? Of course arrests such as these are exactly the sort of things these Occupiers love to see happen. They somehow imagine that arrests of their own proves the justification for their cause. How is anyone’s guess.

The second protest later that night

It was all good fun, though, for we bloggers here at Blogcon. The Occupiers were silly, loud and rather pointless — pretty much like they are everywhere else in the country. As the little disruption wound up the Occupiers went back to their tents and the rest of us got back to business at Blogcon 2011.

The topic after the Occupiers left? Wikipedia, a how to. That was preceded by such world-conquering and evil ideas such as a seminar on how to visualize data in pleasing ways, and how to better use WordPress and YouTube features. Yeah. We’re taking over the world with our Koch money!

… by the way… I’ve been waiting for a check from these guys for years. 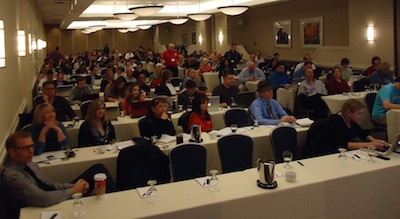 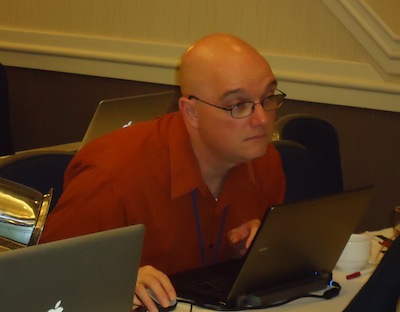 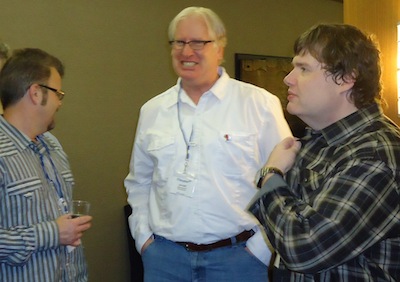 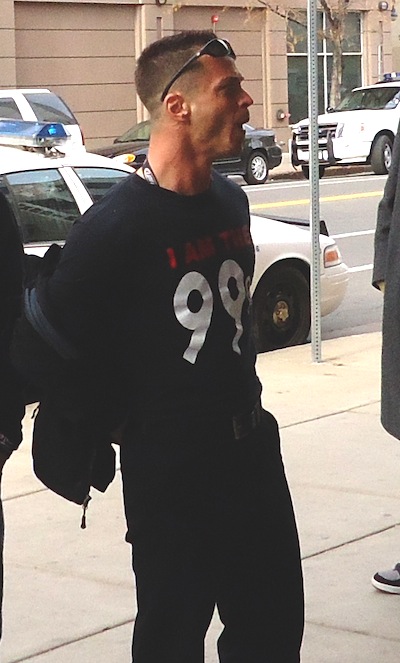