I’ve never bought into the whole “Cloward-Piven” idea that the Democrats are deliberately trying to destroy the country, but when they actually want people on welfare to use their money for pot[1], it’s hard to argue that they mean the taxpayers or the country well. 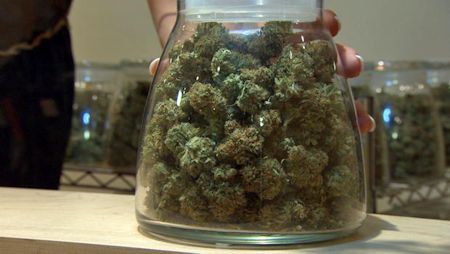 Saying some neighborhoods have more pot shops than banks, Colorado Democrats on Wednesday rejected a proposal to ban the use of public assistance cards to obtain cash at marijuana-shop ATMs

The Senate State, Veterans and Military Affairs Committee voted 3-2 along party lines against a GOP proposal to add marijuana shops to the list of places where recipients of public assistance can’t use their government-issued EBT cards to access cash.

“Already we are operating an industry which is not allowed under federal law,” said Marble, one of the chief lawmakers involved with Colorado’s marijuana regulation bills.

If federal authorities notice public benefit card use at marijuana shops, “I have a feeling we’re going to see trouble we’re not ready to deal with,” she said.

The more people on welfare who use pot, the more people who will stay on welfare, the worse off the country will be, but the better off the Democrats will be because people who are dependent on the government tend to vote for liberals. We’ve now reached a point where we have one political party that wants to destroy as many lives as possible because they think it helps. So whether they want to deliberately destroy the country or are just wrecking things out of ignorance or political calculations, it really doesn’t matter because the end result is the same.