It was literally a red letter day[1] when commie Van Jones got kicked out of the Obama administration. Glenn Beck had a lot to do with that, but the real force behind Van Jones getting the boot[2] was my colleague and friend Trevor Loudon, who has done extensive research into Van Jones’ communist and radical ties. CNN of course took him in and I bet he feels right at home on their network. He sat down with Jake Tapper to mull over the future leadership of the Democrat Party and I sincerely recommend you take his words to heart.

Van Jones bluntly stated[3] that the Clinton days are over. Now, the Democrat Party will be led by radical leftists such as Bernie Sanders, Elizabeth Warren, Kamala Harris and Keith Ellison. No longer will they be moderate. Instead, they will be true to their radicalized roots. They will embrace groups such as Black Lives Matter, the New Black Panthers and the Nation of Islam. They will align with the Communist Party USA and Democratic Socialists of America. The Democrats are now the communists and they are out of the unionist closet. 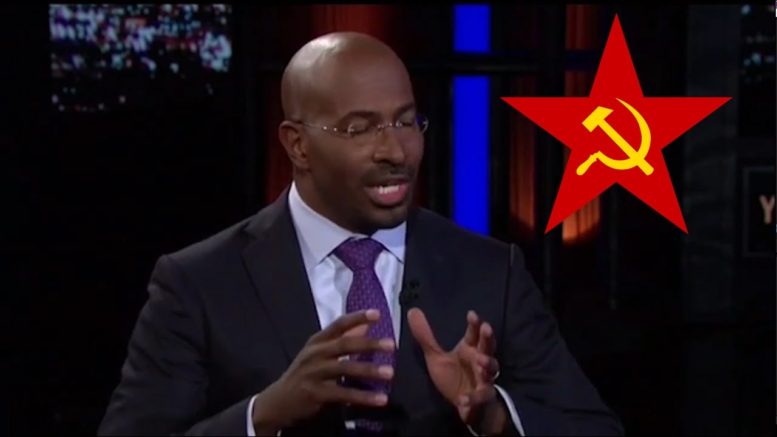 Radical CNN political commentator Van Jones, an avowed communist and 9/11 truther whose views are so extreme that he was booted out of the Obama regime[5] once he was exposed, appeared on State of the Union with Jake Tapper to address future leadership in the Democrat Party, which has been fundamentally transformed into a party largely comprised of coastal, elitist, leftist snobs.

Van Jones, a founder of the Maoist organization STORM (Standing Together to Organize a Revolutionary Movement), a communist front group, told Tapper that both the “Clinton days” and the “idea that we’re going to be this moderate party” are over and that the Democrat Party will be led by radical progressive leftists like Bernie Sanders , who is actually an Independent and a Socialist therefore not part of the Democrat Party, and Elizabeth Warren ﻿going forward.

Jones also predicted that recently elected Democrat Kamala Harris[6], who will replace longtime California Senator Barbara Boxer ﻿in the U.S. Senate as a future leader in the party as well as anti-Semitic Muslim Congressman Keith Ellison, aka: “Keith X,” a follower of America-hating racist and Jew-hater Louis Farrakhan.

Van Jones thinks that Kamala Harris will be a leftist superstar: “She’s going to be out there defending those dream — those Dreamer kids, because they’re a big part of her constituency. But she’s — and she’s got African-American roots. She’s got Asian roots. She’s female. She’s tough. She’s smart. She’s going to become a big deal.” Not as big a deal as President-elect Donald Trump who is going to have some say over the Dreamers. Identity politics is a losing proposition, I guess Van Jones didn’t get the memo and the Dems are doubling down on failure.

Van Jones smacked Hillary Clinton for not picking a commie as her VP: “I think that a Keith Ellison is very important because he is somebody who represents the progressive wing of the party. One thing that happened, when Hillary Clinton had a chance to make a VP pick, she didn’t pick someone from the progressive wing, which made it much harder to heal those wounds with the Sanders’ and Elizabeth Warren wing. Keith Ellison represents that wing very, very well.” No… he represents Islam very, very well… but he’ll do in a Marxist pinch.

Ending off, Van Jones used his atypical arrogant and condescending persona to tell the world that being a “moderate” in the Democrat Party is the equivalent of being not “authentic” and that if you’re a moderate Democrat, you’re basically a racist. He also made it damn clear that you need to be a radical communist to find a home in the Democrat Party. He doesn’t get that this type of crap is exactly what got Donald Trump elected and gave both the House and Senate to the Republicans. Keep it up… with the left deciding to go even further to the left, they are ensuring that Republicans will stay in power for a very long time to come.