Our colleges and universities are hotbeds of anti-Americanism and here we have yet another example of it. But this time it’s even worse because Cornell University wants students to start a club to celebrate terrorism. A Cornell dean wants to help kids start an ISIS club. 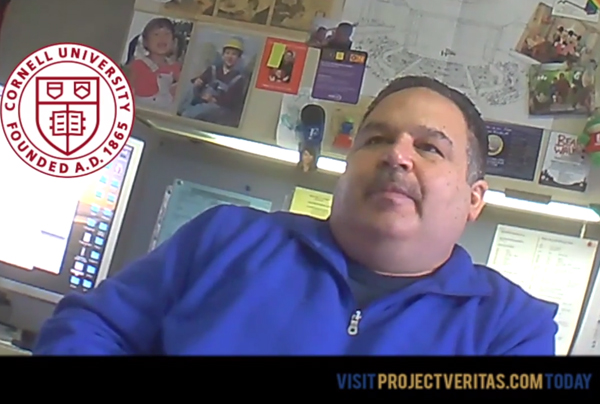 You read that right. A Cornell dean wants students to start a terrorist club at the school!!

Joseph Scaffido, Assistant Dean at Cornell University, is captured on hidden camera advising a Project Veritas investigative journalist on how to start and fund a pro-ISIS club on campus, how to obtain funding to send care packages to ISIS and Hamas, and astonishingly, how to bring a member of ISIS to Cornell to run a “training camp.”

The story is brought to us by Project Veritas[1].

Assistant Dean Tells a Project Veritas Investigative Journalist that the University Would Allow an ISIS Terrorist to Hold a “Training Camp” on Campus, Saying: “It Would be Like Bringing in a Coach to do a Training on a Sports Team”

This is what our students are being taught, America. They are being taught that terrorists and haters of America are good people that should be celebrated and legitimized by have students organize clubs to show support.