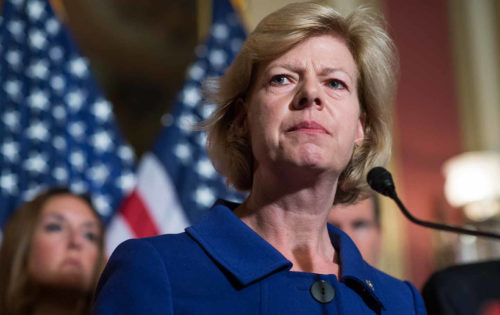 The situation at America’s VA facilities has been dire for many years at this point. And one Minnesota Senator isn’t helping[2] matters. Democrat Senator Tammy Baldwin found herself in hot water when she failed to act on a report given only to her, that alleged massive prescription drug wrongdoing at Minnesota’s Tomah VA facility by Dr. David Houlihan, the Tomah VA chief of staff.

Dr. Houlihan was known as “the candy man” for his liberality in writing narcotics prescriptions. And the staff at Tomah, afraid of losing their jobs, rarely mentioned the problem. Houlihan had been known to fire people who didn’t like his methods.

Baldwin was the only Congressional recipient of an official federal government inspector general report warning of the over-prescription of narcotics given to veterans at the Tomah VA facility. And abuses at the facility ultimately led to the untimely death of a US Marine. Senator Baldwin did not act upon the report and Dr. Houlihan, who was eventually fired after the death of the Marine, just kept over-prescribing narcotics for veterans. 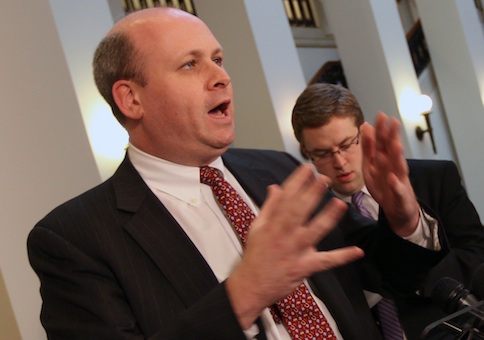 Finding herself in the hot seat following the death of the Marine, Baldwin apparently hired attorney Marc Elias, known to Democrats as their go-to fixer when legal scandals strike. He was Hillary’s top campaign lawyer. Elias’ law firm Perkins Coie, was paid $87,779 for his services for the Baldwin scandal. The firm was on Baldwin’s campaign payroll since 2011.

At this point, for failing to address the VA problems in her own state, Sen. Baldwin has stepped down from the Homeland Security and Government Affairs Committee. This committee oversees the Tomah VA facility.

The Wisconsin Republican Party took a shot at Baldwin in its first digital ad for the 2018 election cycle. The ad says:

“When Senator Baldwin had a chance to protect Wisconsin’s veterans, she protected the status quo instead and then called in a high-powered lawyer to clean up the mess,” Alec Zimmerman, spokesman for the Republican Party of Wisconsin, told the Free Beacon. “She can get all the help she wants from Hillary Clinton’s scandal attorney and the liberal elites in Washington, but Wisconsinites have made it clear they’re fed up with insiders who have been part of the problem for decades.”