Obama the coward ordered the US Navy to run away from a small flotilla of Iranian ships and a few Iranian planes off the coast of Yemen on Monday, a report reveals. 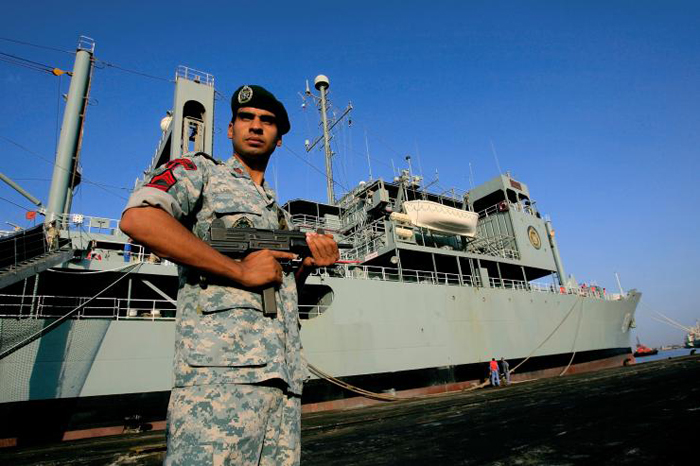 The might of the US Navy cowered before a few ramshackle Iranian ships[1] thanks to our weakling president.

An Iranian naval fleet chased a U.S. warship and military planes through the waters off the southern coast of Yemen late Monday in yet another provocative encounter between the two nations, according to Iranian state media reports.

A U.S. warship and several planes reportedly “changed their direction” on Monday after encountering an Iranian naval fleet during a patrol in the Gulf of Aden near Yemen, Iranian state media revealed.

The U.S. military assets fled “after they came close to an Iranian naval fleet and were warned to move away,” Iran’s state-controlled Fars News Agency reported. Iran also released video of the incident.

The run-in between the United States and Iranian militaries is just the latest in several tense confrontations between the countries near Yemen, where Iran is believed to be smuggling weapons to opposition forces.

Obama re-instating his American retreat from the world.