Alexis Tsipras, head of Greece’s Radical Left Coalition, declared that country’s commitment to austerity is over because voters have rejected those deals. “There is no way we will sneak back in again what the Greek people threw out”, Tsipras said. “This is an historic moment for the Left and the popular movement and a great responsibility for me,” he added, saying he would try to form a left-wing government that will “end the agreements of subservience” with Greece’s bailout creditors. “The pro-bail-out parties no longer have a 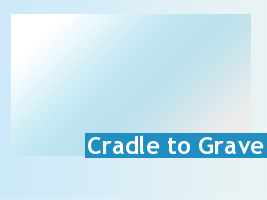 [1]majority in parliament to vote in destructive measures for the Greek people,” he added. “This is a very important victory for our society.”

In France, Socialist FranÃ§ois Hollande said he will move quickly to implement traditionally Socialist tax-and-spend programs, which call for boosting taxes on the rich, increasing state spending, raising the minimum wage, hiring some60,000 teachers and lowering the retirement age from 62 to 60.

Meanwhile, in California, Gov. Jerry Brown is calling for more social services cuts to help eliminate $15.7 billion deficit. Brown revealed a revised budget that calls for higher income and sales taxes to avoid deep cuts to K-12 and higher education. Rather than canceling an ill advised bullet train to nowhere that will cost the state at least $6 billion to build, Gov. Brown chose to scare Californians into voting for tax hikes by threatening cuts to education.

What do these three states have in common? They’re either already broke or will be soon due to government spending money it doesn’t have on socialist welfare programs, characterized within institutionalized “progressive” leftist circles as “entitlements”.

Greece, where the population is already suffering from 20% unemployment, describes austerity measures they’re expected to follow in order to receive additional bailout money from the EU as “barbaric”. With an economy so weak that it can’t employ one fifth of its own citizens, where does Greece expect to find the money necessary to become financially solvent?

California has been on a similar, European style path for decades, which is why California is closer to a fiscal cliff that most of the United States. The legislature in California continuously acts on the belief that it can spend the state into prosperity. California has taxed the rich, spent money on socialist programs, established sanctuary cities that fund the lives of millions of illegal aliens and spent huge amounts of money on education. Much of the cost of that education goes for the children of unlawful residents. 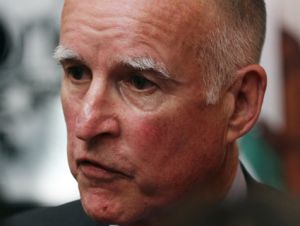 On the list of most business friendly states, California is currently ranked fiftieth. California has held that rank for the last eight years. Meanwhile, businesses are fleeing California in droves, seeking residence in states like Texas, where tax and regulatory policies are friendlier to business. The California tax base is fleeing along with those businesses.

In Sacramento California, government employee unions are running the show. Not only do “progressive” politicians vote overvalued salaries and perks for themselves, they also obediently kowtow to union demands for ever escalating salaries, benefits and pensions. This occurs because those politicians depend on union money, muscle and turnout for their own re-election. Rather than choosing to run the state responsibly, self interested career politicians continuously submit to demands from “civil servants” who are too often far from civil. The looming, unfunded costs of union benefits and pensions are among the largest liabilities contributing to the state’s $15.7 billion deficit.

These are precisely the results all Americans can expect for future generations if the cradle to grave mentality continues to be legislated by “progressive” me first career politicians. These results are predictable if the cradle to grave lie remains propagandized in schools, promoted in television programs, glorified in the movies and dutifully drubbed into the minds of sound bite voters by the news media.

If America is to be saved, these combined forces of the institutionalized “progressive” left must be stopped; starting with voting “progressive” politicians out of office. That’s the first order of business. When a patient arrives in an emergency room, stopping the bleeding receives top priority. The detailed surgery needed to excise the root problem, while still necessary, comes later. It took years for “progressives” to infiltrate and infect academia, Hollywood, the media and political class with their cancerous agenda. And while delay is not an option, it will take years to repair those institutions.

Unless that happens, today’s Americans will spend their declining years describing to young people who’ll listen, how the United States was once the place where the world’s people came for otherwise unavailable opportunity. How the land of the free and the home of the brave was more than just a line in a song.

In America, for an increasingly limited amount of time, cradle to grave suicide is still an option.